Donald Trump Campaigned as a President for LGBTQ Americans. But He Keeps Rolling Back Protections for Them

When a debate broke out over which bathrooms transgender individuals should be able to use, Trump told the Today show that Caitlyn Jenner could use any bathroom she wanted at Trump Tower. He later tweeted that he would be better for LGBT Americans than Hillary Clinton. And during his acceptance speech at the Republican national convention, he cited the shootings at a gay nightclub in Orlando, Fla.

“As your President, I will do everything in my power to protect our LGBTQ citizens from the violence and oppression of a hateful foreign ideology,” he vowed.

But since becoming president, Trump and his administration have repeatedly rolled back existing protections, especially for transgender Americans.

“This is an all-out attack on not only the rights of trans people but our very existence in the public square,” says Charlotte Clymer, an LGBTQ activist and press secretary at the Human Rights Campaign. “Never have transgender people been under greater threat than under Donald Trump and Mike Pence.”

In February 2017, top officials from the Justice and Education departments rejected the Obama-era guidance that nondiscrimination laws required schools to let transgender students use the bathroom that fit their gender. In April 2019, the Department of Defense finalized Trump’s guidance that effectively bars transgender individuals who have transitioned from enlisting in the military, and prohibits already-enlisted troops from undergoing hormone therapy or gender transition surgeries.

The Supreme Court is also slated to hear a trio of cases in order to settle whether federal civil rights protections on the basis of a person’s sex should extend to sexual orientation and gender identity. In July 2017, Trump’s Justice Department weighed in on the matter, despite not being a party in the case.

“The essential element of sex discrimination under Title VII is that employees of one sex must be treated worse than similarly situated employees of the other sex, and sexual orientation discrimination simply does not have that effect,” says the amicus brief, which was filed at the U.S. Court of Appeals for the 2nd Circuit.

Now, the Administration is expanding this approach with government-wide guidance that would further restrict protections for transgender Americans.

On Wednesday, the Department of Housing and Urban Development announced it intends to reverse the requirement that operators of homeless shelters receiving Housing Department funding have to “provide equal access to programs, benefits, services, and accommodations in accordance with an individual’s gender identity.” The policy change would allow men’s and women’s shelters to segregate transgender people where allowed by state and local laws. It would also allow shelters to consider a person’s sex when determining whether an individual will be admitted to the shelter.

On Friday, the Department of Health and Human Services published a proposal that would reverse an Obama-era rule that defined discrimination “on the basis of sex” to include gender identity. The draft rule would “amend regulations that identify sexual orientation or gender identity as prohibited bases for discrimination” for programs funded or administered by the Department.

According to the HHS proposal, the draft is an attempt to streamline policies across departments. “This proposed rule avoids different interpretations of the same statute by multiple agencies, and promotes consistent expectations and enforcement,” it says.

The proposal is in addition to a new rule scheduled to take effect in July that allows healthcare providers to recuse themselves from performing medical procedures that violate their conscience or religious beliefs. Though that rule does not refer to transgender individuals explicitly, it does specify a provider can deny a service that results in sterilization. Experts warn the rule could make it more difficult for transgender Americans to receive hormone therapy and gender-affirming surgeries like hysterectomies.

Medical experts say the proposed policy changes intended to streamline the definition of “sex” for simplicity, could further marginalize a group of people who already face disproportionately high risks of violence and suicide.

“It displays an ignorance on behalf of policy makers to think that this can be simplified,” says Dr. Amy Weimer, the founder and co-director of UCLA’s Gender Health Program. “What we’re finding scientifically is that sex and gender are very complex, and that the traditional sense of binary gender identity is an outdated concept from a scientific standpoint.”

People in the LGBTQ community are also more likely to experience barriers in finding and receiving healthcare. Nearly a quarter of transgender individuals avoid doctors or health care out of concern they will be discriminated against, and 31% say they don’t have a regular doctor, according to a 2017 poll by NPR, the Robert Wood Johnson Foundation and Harvard.

Weimer is concerned the reversals and proposed rule changes could make these barriers to health care even more onerous. “Health outcomes are going to worsen,” she said. 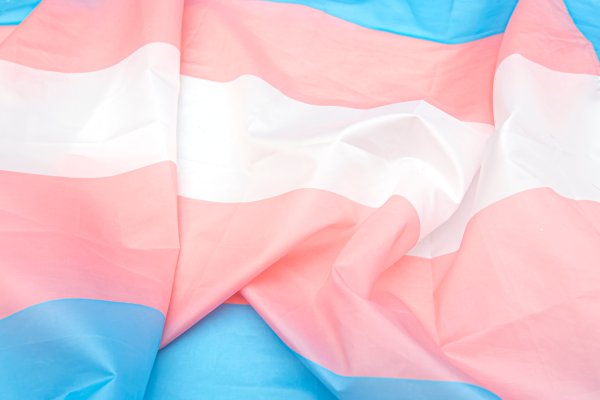