This Is the Fateful Decision That Led to Theresa May's Downfall

Looking back over the 34 months Theresa May spent as Britain’s Prime Minister, it’s hard to pick a low point.

Was it the Conservative Party conference in October 2017 when she couldn’t stop coughing, a protestor hijacked her big speech and the lettering behind her peeled off the wall?

Was it the day President Donald Trump announced his arrival to the U.K. with a newspaper interview in which he poured scorn on her Brexit plan, just a few hours before they were due for a joint press conference?

Was it the time she arrived in Brussels for a high stakes meeting with German Chancellor Angela Merkel, only to momentarily find herself trapped inside her car while the world’s media looked on?

Or was it on Tuesday, when her new compromise vision for Brexit was summarily rejected by allies and opponents alike within minutes of its release? That at least appeared to be the point at which her political demise, so long forecast and rumored, was finally carved in concrete.

In truth, the nadir of May’s premiership came on the morning of June 9, 2017 when the results of the snap general election held the day before became clear. The loss of the Conservative Party’s parliamentary majority was a failure she carried special responsibility for. It was she who called an election she didn’t have to, and she who fronted her Tory party’s campaign. It was a defeat that above all sowed the seeds for her eventual downfall.

It’s tempting to think May was chosen to succeed Cameron as Prime Minister as the unity candidate — the experienced cabinet minister whose past fence-sitting on Brexit meant she could unite her divided party. But May won the contest because her rivals self-immolated in a frenzy of backstabbing and electioneering. Her victory came because she was the last person standing, not necessarily the best.

She began her premiership still attempting to straddle the divide in the Conservative Party, with so much caution that she won herself the nickname “Theresa Maybe.” But she soon sided with the hardliners agitating for a harder Brexit, egged on by the frenzied editors of Britain’s mass-market tabloids.

With the Labour Party seemingly in decline under far-left leader Jeremy Corbyn, May was persuaded by her advisors to capitalize on the moment and call an election that would not just expand the Conservative majority, but also give her government a mandate for a clean break with the E.U. The Daily Mail exhorted her in a screaming front-page headline to “CRUSH THE SABOTEURS.”

But the vote turned out to be an act of self-sabotage. The electorate defied the polls and gave Corbyn’s Labour Party more support — though not enough to form a government. Instead, a weakened Conservative Party had to partner with the socially conservative Democratic Unionist Party (DUP) of Northern Ireland to govern as a minority.

As negotiations with the E.U. leadership continued, it became evident that the balance of power laid with the 27 nations united against the U.K. May was forced to bend to reality, and hammer out a hard compromise that all parties could settle on. But the U.K. parliament could not agree on a majority for anything related to Brexit, least of all the status of Northern Ireland — the key sticking point in the talks.

The solution in the Brexit plan May eventually put forward was the so-called “backstop” — a temporary solution that would keep Northern Ireland more closely aligned with the E.U. on trade rules than the rest of the U.K. This, however, was rejected outright by the DUP as a threat to the sovereignty of the union, and consequently by the hardline MPs in May’s own party. Absent a workable majority, her Brexit deal arrived without a pulse.

A more nimble and flexible politician might have reshaped a deal to win the public’s support, either by confronting realities head-on or by old-fashioned retail politics. But May’s skillset extends only to dogged persistence, and in the end even her supporters grew weary at her tireless attempts to resuscitate what amounted to the same old deal.

Now, her successor must continue the hunt for a Brexit deal that will satisfy both the 27 remaining member states of the E.U. and a majority in this parliament. It’s not clear one exists. But in calling a premature election two summers ago, May bears the blame for the fracturing of Britain’s governing chamber into a jigsaw of pieces that don’t fit. And if Britain now careens toward a no-deal exit from the E.U., she will have played her part in that too. 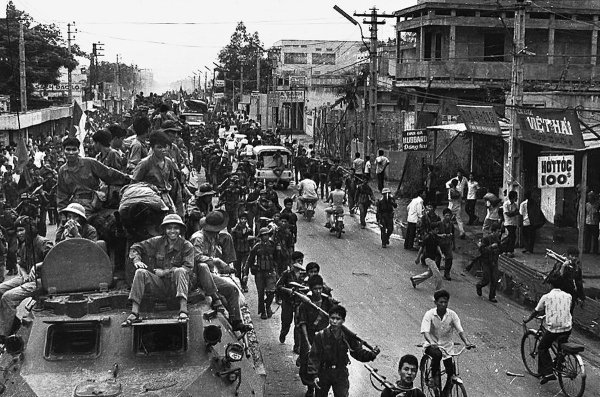 Peace With Honor: What Vietnam Can Teach Us About How to Leave Afghanistan
Next Up: Editor's Pick