A Utah man who had set off with a goal to climb the highest peak on all seven continents died Wednesday after reaching the summit of Mount Everest.

Donald Lynn Cash, 54, fainted from high altitude sickness while taking photographs at the summit, according to the company Pioneer Adventure Pvt. Ltd., which leads treks on Everest. While Sherpa guides with the company tried to keep him alive through CPR and by raising his oxygen pressure, Cash was unable to stand up or walk. As they tried to drag Cash down to a camp near Hillary Step, he fainted again and could not be revived, Pioneer Adventures said in a statement.

Cash’s children, Brandalin Cash and Tanner Cash, told the New York Times they believe their father had a heart attack. In an Instagram post, Brandalin Cash wrote that she loved hearing “just how wide my [dad’s] range of influence goes,” after people reached out in support. “I know he is in Gods hands.”

Cash’s death comes amid a surge of traffic at Mount Everest that has proven deadly for other climbers. More than 200 climbers attempted to scale Everest on Wednesday, according to the Himalayan Times. Several climbers complained about waits as long as two hours at bottlenecks on the way to Everest’s summit. The prolonged exposure to cold, wind and lowered oxygen levels has appeared to lead to the deaths of multiple climbers.

Indian climber Anjali Kulkarni, 54, died Wednesday while leaving Everest’s summit with her husband. Kulkarni became stuck in congestion on the mountain while trying to return to camp, a delay that is believed to be a factor in her death, the manager for her tour group told the New York Times.

Kalpana Dash, a climber from Odisha, India who first scaled Mount Everest in 2008, died Thursday while descending. “Her legacy in mountaineering will inspire generations of young women in the state,” Odisha Chief Minister Naveen Patnaik tweeted.

The Swiss expedition company Kobler and Partner said one of their climbers died Thursday after reaching a summit on Everest’s north side.

Officials say the spring climbing season has seen at least 14 fatalities across different mountains, including five on Mount Everest, three on Mount Makalu and Mount Kanchenjunga, each, and one each on Mount Lhotse, Mount Annapurna and Mount Cho Oyu, The Himalayan Times reports. 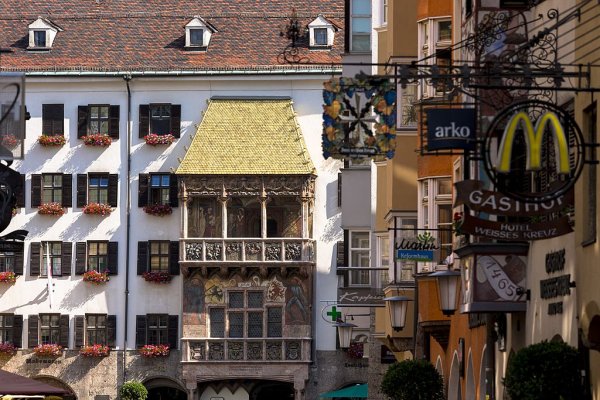 Would You Like a Passport With That? McDonald's Partners With U.S. Embassy in Austria to Help Stranded Tourists
Next Up: Editor's Pick