The World Has an E-Waste Problem

As a tech-hungry nation flush with cash gets ready to upgrade to the next generation of lightning-fast 5G devices, there is a surprising environmental cost to be reckoned with: a fresh mountain of obsolete gadgets. About 6 million lb. of discarded electronics are already processed monthly at recycling giant ERI’s Fresno plant. Pallets of once beloved but now outdated devices, like smartphones with only an 8-megapixel camera or tablets with a mere 12 GB of storage, arrive here daily. Workers with hammers hack at the bulkiest devices, while others remove dangerous components like lithium-ion batteries. The scene is like a twisted Pixar movie, with doomed gadgets riding an unrelenting conveyor belt into a machine that shreds them into piles of copper, aluminum and steel.

“In our society, we always have to have the new, best product,” said Aaron Blum, the co-founder and chief operating officer of ERI, on a tour of the facility. Americans spent $71 billion on telephone and communication equipment in 2017, nearly five times what they spent in 2010 even when adjusted for inflation, according to the Bureau of Economic Analysis. (Apple alone sold 60 million iPhones domestically last year, according to Counterpoint Research.) When we buy something new, we get rid of what’s old. That cycle of consumption has made electronics waste the world’s fastest-growing solid-waste stream.

That stream is expected to turn into a torrent as the world upgrades to 5G, the next big step in wireless technology. 5G promises faster speeds and other benefits. But experts say it will also result in a dramatic increase in e-waste, as millions of smartphones, modems and other gadgets incompatible with 5G networks are made obsolete. “I don’t think people understand the magnitude of the transition,” says ERI co-founder and executive chairman John Shegerian. “This is bigger than the change of black-and-white to color, bigger than analog to digital, by many multitudes.”

Shegerian, of ERI, stands for a portrait among laptops that are undergoing refurbishment in Fresno on May 9.
Christie Hemm Klok for TIME

That’s good business for ERI, which charges clients to collect their electronics and to securely wipe their data; the company also makes money from refurbishing and reselling devices. But less than a quarter of all U.S. electronic waste is recycled, according to a United Nations estimate. The rest is incinerated or ends up in landfills. That’s bad news, as e-waste can contain harmful materials like mercury and beryllium that pose environmental risks.

Part of the problem is regulatory. Only 19 states have laws banning electronics from the regular trash. In states without such rules, like Nevada, electronics often end up in garbage and recycling bins, said Jeremy Walters, a community-relations manager for waste collector Republic Services. Environmental concerns aside, compacting flammable lithium-ion batteries with paper recycling can be dangerous; recycling centers have reported an uptick in fires.

Even when e-waste rules exist, it’s left up to consumers to handle their old devices properly. But recycling them can be a pain. Rather than just drop a used phone in a bin outside their homes, lots of people have to take their electronics to a store, which may pay them for it but could also charge them to get rid of it. Many consumers, paralyzed by the hassle or put off by the expense, simply throw their devices into the trash or stash them in a drawer, hoping they’ll just disappear. “We don’t necessarily have the measures to make sure people aren’t throwing it away,” Walters said.

A heaping pile of circuit boards, which can be found in many modern electronics, at ERI's plant in Fresno in May. ERI separates them from their place of origin to be properly broken down and recycled.
Christie Hemm Klok for TIME

One solution is to make electronics last as long as they once did. At ERI’s facility, Shegerian showed TIME dozens of televisions from the 1970s and 1980s that stopped working only recently. Yet instead, technology companies are speeding the pace of obsolescence. Most smartphone batteries can’t be easily replaced when they stop holding a charge, new laptops don’t accept old cables, and software companies push upgrades that won’t run on old devices. “Our products today don’t last as long as they used to, and it’s a strategy by manufacturers to force us into shorter and shorter upgrade cycles,” said Kyle Wiens, the founder of iFixit, which publishes do-it-yourself repair guides. Apple’s AirPods, for example, may have trouble holding a charge after two years. Apple declined to comment.

Some environmental groups say multibillion-dollar companies like Apple and Samsung should pick up the cost of recycling the devices they sell. Lawmakers in parts of Europe and Canada and in some U.S. states have passed so-called Extended Producer Responsibility (EPR) laws, which require manufacturers to establish and fund systems to recycle or collect obsolete products. “Worldwide EPR legislation levels the playing field, because this cannot be done on a voluntary basis,” said Scott Cassel, the founder of the Product Stewardship Institute, which advocates for EPR laws. “But the United States is resisting any changes to existing laws.”

Even so, some companies are increasing their recycling efforts on their own, whether for the economic benefit or the public relations boost (mining fresh materials has financial, environmental and human costs of its own). For instance, Apple in 2018 introduced Daisy, a smartphone-recycling robot that can take apart 200 iPhones every hour, and says it diverted 48,000 metric tons of electronic waste from landfills that year. But that’s a drop in the bucket compared with the 50 million tons of e-waste generated globally last year–a number that stands to skyrocket as consumers replace their old devices with the newest 5G-ready gadgets money can buy. 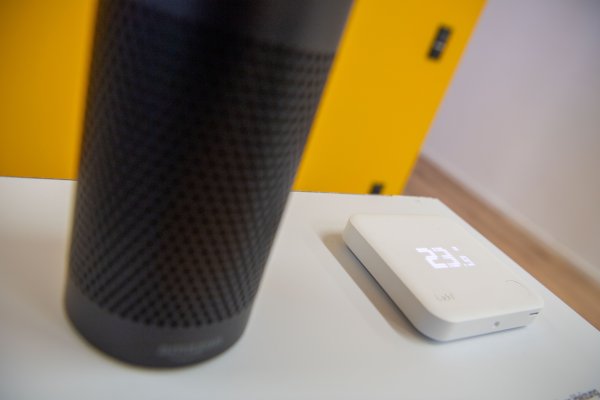