A student at Oregon State University died on Sunday after falling 100 feet from a scenic lookout on the Oregon coast, authorities said.

Michelle Casey, 21, was taking pictures of the popular coastal viewpoint near the city of Manzanita when she lost her balance and slipped off the steep edge, KPTV reported. Her boyfriend told deputies that she landed in a tree, which stopped her from falling into the Pacific Ocean, the sheriff’s office said in a statement on Monday. It added that “Assistance was requested from Cannon Beach for a Rope Rescue and they dispatched a High Angle Rescue Team.”

Responders told KPTV that the rescue operation was difficult and it was two hours before the rope team managed to reach her. Casey, unconscious but still breathing, was then flown to a Portland hospital, where she later died, according to KPTV.

Casey’s family told KOIN-TV she had chosen to be an organ donor, a decision that saved two lives, according to the family. “[She] was born in joy on Christmas Eve, 1997,” a statement statement. “From that moment, she was a gift to her family.”

Casey was a junior at Oregon State, majoring in kinesiology, according to a school spokesman. “As a university community, we mourn at the loss of a community member — and certainly one so young,” the spokesman told CNN.

“Michelle always brought people together with her bubbly personality and loving, giving heart […] She loved being outdoors and was at the beach—her favorite place—on Sunday,” her family said. 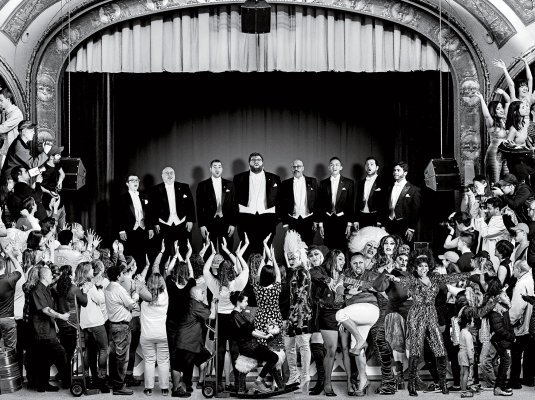 Artist JR Tries to Capture All of San Francisco in a Single Mural
Next Up: Editor's Pick