Nancy Pelosi began her day preparing to talk infrastructure with President Donald Trump. By the afternoon, it was clear that was not going to be the subject of the day.

On Wednesday morning, the House Speaker met with fellow Democrats in a closed-door session, telling them they had power only in staying united and asking for them to stay the course on their efforts to hold the Trump Administration accountable.

Although Pelosi has urged Democrats to stay away from impeachment talk for now, she did tell them that that Trump’s all-out fight against congressional oversight and other actions seemed to her to amount to a “coverup.”

That struck a nerve at the White House, where the President is particularly sensitive to any discussion of Special Counsel Robert Mueller’s investigation or other scandals.

A short time later, Pelosi was left waiting for 15 minutes in the White House’s Cabinet Room, along with her colleagues from the House and Senate. The plan was to meet with Trump about a $2 trillion infrastructure plan. Instead, Trump roared into the room, didn’t greet the individuals gathered and declared any cooperation with the Democratic-led House was dead until Democrats ended their investigations. The meeting lasted, according to a Democratic aide, “no more than three minutes.”

Trump then headed to the Rose Garden, where reporters had gathered with little advance notice. In a brief statement, he said he had told the Democrats that he couldn’t work with them “under these circumstances.”

That didn’t seem to affect Pelosi. Appearing midday at a policy conference organized by a liberal think tank, she offered her version of events. “It was very, very, very strange,” Pelosi told a Center for American Progress confab.

In Pelosi’s telling, she and Senate Minority Leader Chuck Schumer arrived at the White House prepared to negotiate the details of a major overhaul of the nation’s roads, bridges and airports. Under terms that had been worked out through back channels, the federal government would pick up 80% of the bill, with state and local governments picking up the rest. Likening it to Teddy Roosevelt’s big lift in creating the national park system, Pelosi said she was ready to give Trump a once-a-century win.

“We want to give this President the opportunity to do something historic for our country,” Pelosi said. “I pray for him and I pray for the United States of America.”

But Pelosi showed no signs of backing down from her assessment or agenda.

“The fact is, in plain sight, this President is obstructing justice and is engaged in a coverup — and that could be impeachable,” Pelosi said to thunderous applause from the liberal audience. “As they say, the coverup is frequently worse than the crime.”

Still, Pelosi is facing some rumbling inside her Democratic caucus. While five of the six chairs of committees investigating Trump have said impeachment remains off the table, some rank-and-file lawmakers are slowly heeding activists’ calls for the start of impeachment. Over the weekend, Republican Rep. Justin Amash of Michigan became the first Republican to join that camp.

Trump is doing himself few favors. After he stormed out the Cabinet Room, Trump called reporters to the Rose Garden for a 10-minute diatribe against the investigations he has faced. With a “no obstruction, no collusion” placard on his podium, Trump lashed out at Democrats. “Instead of walking in happily to a meeting, I walk into to look at people who said I was doing a coverup,” Trump said.

He followed up with a string of tweets following that assertion.

Schumer said after Trump’s Rose Garden meltdown that “to watch what happened in the White House would make your jaw drop.”

For her part, Pelosi remains focused on the big picture. When asked at the Center for American Progress event about impeachment, Pelosi urged measured restraint. “I’m not sure we get more information if we do an impeachment inquiry” versus the current oversight efforts, she said. It’s an argument she made at the start of her day, too. And, at least for now, most her caucus seems to be standing by her. 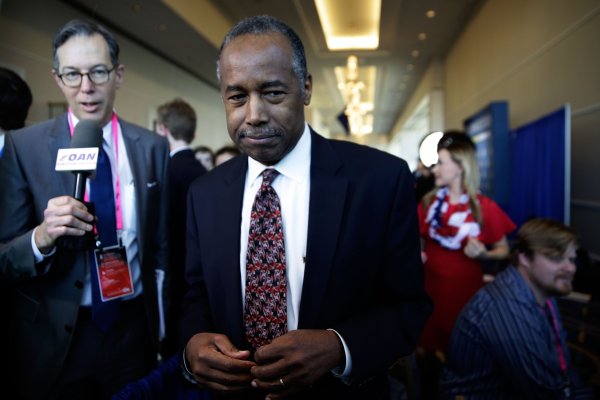