A flamingo was euthanized Monday at an Illinois zoo after an elementary school student threw a rock at it. The student was visiting the Miller Park Zoo in Bloomington, Ill. when the child struck the bird, breaking its leg.

In an email to The Pantagraph, a Bloomington news outlet, zoo superintendent Jay Tetzloff explained that, “Unfortunately, staff determined the best course of action given the animal’s injuries was to euthanize the bird.”

The Pantagraph also reported that the zoo was “working with the juvenile’s family to move forward,” but that they will not be changing the layout of the flamingo enclosure. The zoo declined to comment further when contacted by TIME.

Flamingos, known for their bright pink plumage, live in groups that are aptly named flamboyances. In spite of their delicate appearance, the birds are hearty and thrive in harsh climates. However, flamingo expert Dr. Felicity Aregno tells TIME it would be very easy to injure a flamingo’s leg.

“Their legs are extremely thin and they are not covered by muscle,” she says.

Aregno says that unlike some other animals, flamingos typically do well in zoos. They are able to reproduce and become self-sustaining while in captivity. She added that it is worthwhile to keep flamingos in captivity because “zoos have great educational purpose,” and as most people would otherwise never get a chance to see them up-close.

This is the latest incident in a string of bad behavior from zoo-goers in the United States. In March, a woman in Arizona was attacked by a jaguar while reaching over a barrier to take a selfie. The woman later apologized to the zoo and admitted it was her fault.

Last July, a teenager stole a lemur from the Santa Ana Zoo and then left it outside a local hotel with a note asking for someone to return it. He pleaded guilty last week to one misdemeanor count of unlawfully taking an endangered species.

In some cases, these encounters have also had tragic consequences for the animals involved. Perhaps most famously, in 2016 a lowland gorilla named Harambe was shot and killed at the Cincinnati Zoo after a child climbed into his enclosure. The event provoked national outrage and became a viral meme.

The original version of this story misstated the flamingo expert’s last name. It is Aregno, not Argento.

The original version of this story misstated the state where a flamingo had to be euthanized. It was Illinois, not Indiana. 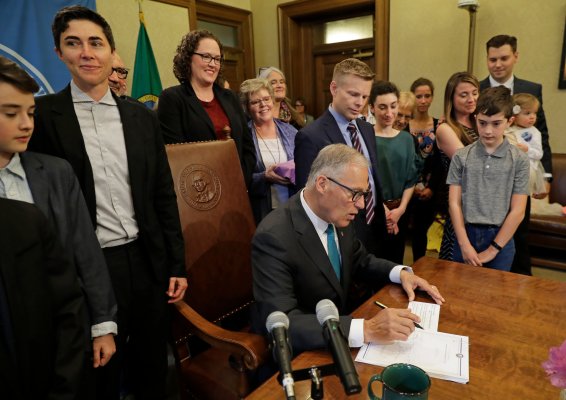