At $35 a pop, Senate Majority Leader Mitch McConnell’s re-election campaign has sold more than 2,000 T-shirts referencing the derogatory, drug-themed nickname a former opponent once gave him.

The $70,000-plus brought in by the “Cocaine Mitch” swag has helped propel record online fundraising for McConnell — and is attracting new, small-dollar donors at a time when Republicans in general are seeking to boost such contributions. So far, four in five T-shirt buyers are donors who haven’t previously given to a McConnell campaign.

“One of the things we learned with this whole “Cocaine Mitch” phenomenon is that people are really engaged,” said Josh Holmes, a former McConnell chief of staff and campaign manager who now consults on McConnell’s re-election campaign and was involved with the T-shirt effort. “They want content. They want merchandise.”

That’s a lesson Holmes is hoping other Republican candidates heed.

Democratic congressional candidates, after all, surged to victory in the 2018 midterm elections on a wave of modest donations that added up to big money. In last year’s election, Democrats’ growing use of ActBlue, a centralized fundraising platform designed to allow grassroots donors to easily give to Democratic candidates and progressive groups, put an unwelcome spotlight on Republicans’ small-dollar deficit.

This year, the ever-growing herd of Democratic presidential candidates have elevated the importance of small-dollar fundraising to unprecedented degrees, prodded by a Democratic National Committee grassroots fundraising threshold to qualify for participation in presidential primary debates.

While President Donald Trump’s campaign has enjoyed robust support from small-dollar donors, party strategists say the lack of a single, centralized Republican fundraising platform — an “ActRed” of sorts to counter Democrats’ ActBlue — is one factor that’s kept the wealth from spreading to other GOP candidates.

In the wake of the midterms, donors such as casino magnate Sheldon Adelson, who with his wife was the biggest donor to Republicans in the 2018 election, and party leaders, notably McConnell, started pressing for their own version to catch up. Holmes and his firm have been deeply involved in a monthslong effort aimed at creating a Republican alternative.

In the meantime, McConnell, Holmes pointed out, is willing to change the way he campaigns to keep pace with the political marketplace, and he wants others in the caucus to do the same thing.

“Cocaine Mitch” shirts are “not something we would have done in 2014,” he said. “But you watch the Trump store. You watch what some of the Democrats have done.

“This,” he added, is a “new and unique way to capitalize on what is now a very … vibrant online democracy that is interested in participating if you give them a reason to.”

At the end of a campaign ad a year ago, West Virginia U.S. Senate candidate Don Blankenship referred to McConnell as “Cocaine Mitch” in a campaign ad.

Initially, Blankenship’s reference befuddled some viewers, and understandably. The nickname was an insulting reference to a years-old incident involving the discovery of cocaine on a ship that belonged to a company owned by McConnell’s in-laws, relatives of McConnell’s wife, U.S. Transportation Secretary Elaine Chao.

Fact-checkers decried the ad. The Kentucky Republican made a joke out of it, sometimes answering his phone, “Cocaine Mitch.”

But when Blankenship lost his primary, McConnell’s campaign consultants saw their chance to invert the slight.

Michael Duncan, one of McConnell’s campaign consultants, took a cheeky image of McConnell, sporting a little grin, and superimposed it on a promotional image for the Netflix drug lord series “Narcos.” The effect was McConnell standing in a swirl of white powder. “Thanks for playing, @donblankenship,” the text read.

Josh Holmes, a former McConnell chief of staff who now works on McConnell’s campaign, emailed the proposed tweet to the boss, then called to get his reaction. McConnell, Holmes recalls, was “laughing hysterically. And he said, ‘Yeah, you gotta do it.’”

And so they did. The tweet got thousands of likes and retweets. People started adapting it in their own posts. Holmes and Duncan saw a positive shift in online chatter about McConnell — from people referring to him as “Cocaine Mitch.”

So the campaign is leaning in.

Holmes subsequently showed up to a McConnell campaign strategy meeting with Duncan’s latest design, for a red T-shirt with a dark-haired faceless image surrounded by white powder. On the back, under the “Team Mitch” logo, it read “Cartel Member.”

McConnell went for it.

A Trump administration official and some anti-drug advocates have criticized the campaign for the drug reference. Holmes and Duncan said the campaign was conscious of not wanting to make light of addiction and deliberately avoided directly using the word “cocaine” on the shirt, for example.

But too many candidates are too risk-averse, Holmes said. Run-of-the-mill block-letter bumper stickers are “not going to get a dime out of anybody.”

The “Cocaine Mitch” merch riffs off Trump’s success with MAGA hats, say, or presidential candidate and Democratic Sen. Elizabeth Warren’s marketing of products that reference the quote, “Nevertheless, she persisted,” language McConnell used in admonishing Warren in 2017. It’s meant to serve as an example to other Republican candidates seeking to engage small dollar donors online.

And when “Cocaine Mitch” T-shirt buyers go to complete their transaction, the McConnell campaign upsells: a larger donation to cover postage, for example, or the chance to tack on a bumper sticker — the equivalent of impulse buying a candy bar at checkout. They’ve sold more than 250 bumper stickers that way, Duncan said.

In January, Republicans splashily announced the creation of a new fundraising platform they said would be their answer to ActBlue, a joint endeavor of Data Trust, the Republican voter information data operation, and Revv, the payment platform used by the Trump campaign.

The new offering was dubbed “Patriot Pass,” and Revv trademarked the name for use in “providing political fundraising services for others.”

Backers projected a February launch, but that was overly optimistic: February came and went without it materializing.

Then the project got a name change — from Patriot Pass to WinRed. In the months since, Republican consultants say they’ve repeatedly heard it is imminently going live, but so far, it hasn’t.

Gerrit Lansing of Revv, along with Holmes, said everyone involved has been wrestling with tricky multiparty negotiations to resolve questions such as who will own fundraising data and how such data will be used. These questions have privacy implications that can be complicated to hash out and enshrine in legal agreements.

Holmes and Lansing said campaigns will own their own data and others won’t be able to access it (though WinRed will have to file disclosure reports with the Federal Election Commission, just as ActBlue does).

The exception: Information on donors obtained through contributions will be used to enrich the Data Trust voter file — a database of information on voters that is then enhanced by combining it with other sources of information to help campaigns. Lansing stressed that the donor information won’t be broken out or available via Data Trust, something some consultants and campaigns have voiced concern over.

Lansing expects WinRed to launch this month, with the president’s campaign and party committees as first-phase users. Other campaigns and conservative groups will be able to sign on in subsequent phases, and Lansing said he wants to allow state campaigns to join as quickly as WinRed is able to meet state compliance requirements.

Of course, no new platform will itself solve Republicans’ small-dollar donor challenges.

Consultants say candidates must adapt to fundraising techniques that small-dollar donors find compelling, and be willing to work with each other to raise money together. Lansing said he knows the platform will have to offer enough advantages to incentivize campaigns to hop on — a carrot instead of a stick.

Some incumbent Republican senators expected to face competitive re-election races have so far received few small-dollar contributions. None — other than McConnell — have yet put up campaign stores peddling products in exchange for campaign contributions.

Republican Senate candidates seem to be noticing the efforts of McSally and McConnell.

Last week, Sen. John Cornyn of Texas emailed his supporter list with an important request: He needed their vote for the campaign’s official T-shirt design contest.

As for the eventual winner?

The campaign will “make them available” for sale — for a campaign contribution.

It’s too soon to say whether they’ll prove as popular as “Cocaine Mitch.” 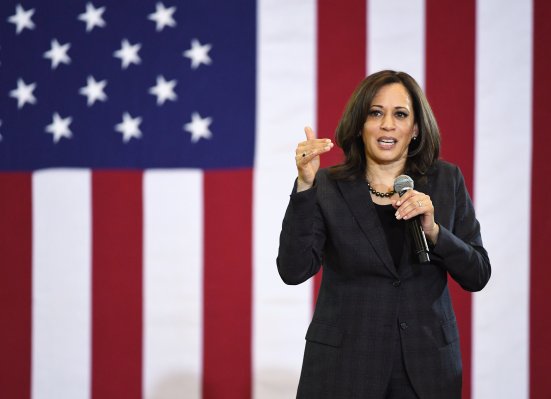 2020 Democrats Talk Up Small Donors, But Stay Quiet on Bundlers
Next Up: Editor's Pick