Review: 'A Plague Tale' Is the Most Gripping, Harrowing Game You'll Play This Year

The first thing you should know about A Plague Tale: Innocence is that, very early on, a dog is going to die.

Set in 1348 in France, A Plague Tale opens with Amicia—the player character—exploring the forest with her father, Robert de Rune. The de Rune family are nobles, and Amicia’s is a life of luxury and privilege. The game’s opening moments teach the player how to interact with the world—which mostly involves traversing linear paths while solving puzzles and using stealth to avoid conflict—while showing off the game’s gorgeous setting. Then, about 10 minutes in, Amicia’s dog chases a boar into the deep wilderness. The poor pup dies — horrifically so — and Amicia is devastated. So was I.

I hate to see dogs die, and so do lots of other people. There’s an entire website dedicated to spoiling the fates of fictional pooches. But—as in John Wick—if the story containing such a death is good enough otherwise, I can forgive it. A Plague Tale’s story is wonderful, and I forgive it. In fact, as I continued to play through the bleak and beautiful game, I was grateful to developer Asobo Studio for setting the tone early—watching Amicia say goodbye to her very good boy prepared me for a litany of tragedies to come.

A Plague Tale is a third-person stealth game from a French developer, out now for PlayStation 4, Xbox One and PC. The era was not a pleasant one for anyone in Europe, but Amicia and her little brother, Hugo, have it particularly rough. After their dog dies, the siblings lose pretty much everyone and everything in their lives. The English invade, the Inquisition is hunting the siblings for mysterious reasons, and the plague is killing everyone in Europe, carried by swarms of thousands of rats that seem to crawl out of the ground. It feels like the end of the world.

This is a survival game at its core, as Amicia tries to keep little Hugo alive at all costs. I spent much of the game sneaking, crouched in tall grass and holding Hugo’s hand, while dangerous knights searched the area. Amicia’s only weapon is a sling, and there’s no health bar—one stab or slash of a sword will kill her. If I was spotted, it was possible to run and hide, but it was usually faster to just die and restart from a checkpoint.

Amicia can throw rocks to create distractions and use a sling to take out weaker enemies, but the safest strategy in most situations is to move quietly and avoid conflict. Unless, of course, you’re dealing with the rats. A Plague Tale is beautiful, one of the prettiest games of 2019. It uses its graphical prowess to render some very dark imagery — seemingly sentient rodent swarms swirl in the darkness at the game’s edges. Those swarms contain hundreds of rats, moving like a river of furry death over bones picked clean by their ravishing hunger. It’s grotesque, beautiful, and deadly.

The rats kill indiscriminately, swarming over Amicia and the knights of the Inquisition alike. The only thing that repels them is light. The graphics engine, again, does wonderful work creating stark separation between light and dark. That’s important, because I used torches and bonfires to not only avoid the rats but also to manipulate the swarms to my own ends. A knight wandering through the dark with a lamp cut a path through the rats, but a well placed rock from my sling could destroy the light and set the rats swarming the knight. The rats were an enemy, yes — but also a weapon under the right circumstances.

As I progressed through the game, I gained new skills and learned new tricks to deal with both rats and men. I constructed better slings, new types of ammunition that could knock the armor off a knight and open them up for a killing blow, and quieter shoes that cut down on sound while sneaking. But A Plague Tale remained a dark and forbidding game. True to that horrific era, I never felt safe.

A Plague Tale has simple stealth and crafting gameplay that’s not much to write home about. But the excellent story is the big draw here, because it’s something so rare in video games: a genuine tragedy. There are moments of light, too. The brother and sister make friends in their journey; there are jokes and adventure and joy. Hugo even collects flowers and puts them in his sister’s hair. That was all sweet and wonderful, but it never made me forget the dangers. I never forgot the rats. And I never forgot the dog. 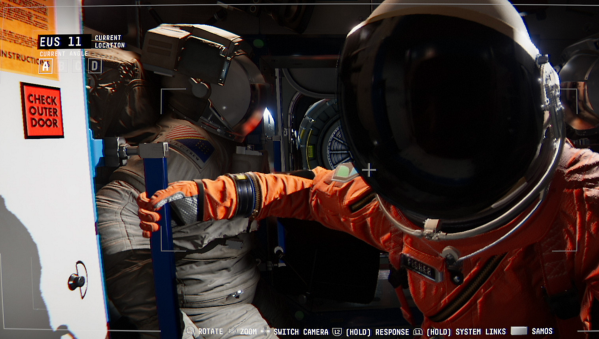 Review: 'Observation' Is a Space Station Thriller With One Clever Twist
Next Up: Editor's Pick