Patsy May Be Fiction, But Its Story of a Black Woman Immigrant Is Searingly True

Patsy, the stunning second novel by Nicole Dennis-Benn, chronicles the often hidden sacrifices that black immigrant women make in pursuit of the ever elusive American Dream. As in her first novel, the acclaimed Here Comes the Sun, Dennis-Benn crafts a narrative set between her native Jamaica and her current home of Brooklyn, this time following a mother and child on distinctly different paths over the course of a decade. Patsy, 28, is the ambivalent mother to 5-year-old Tru. When Patsy departs Jamaica for the U.S. in 1998, in search of opportunity, she leaves Tru behind.

Readers will judge Patsy at the outset for abandoning her only child, who is wrestling with her own identity back home — approaching adolescence as a gender-nonconforming athlete in a country that offers neither language nor tolerance for what it means to be black, working class and queer. Her mother has chosen a life without her; when Patsy does acknowledge Tru, she sends a package with glittery nail files, hair bows and Hello Kitty stationery — a sign that further distances the mother from the person her child is becoming.

But Patsy is struggling too: she’s in conflict over her decision to leave Tru and suffering from an unrequited love for a childhood friend now back in her life. Dennis-Benn forces readers to grapple with an impossible tension within the story, demanding that we examine both our condemnation of Patsy for choosing herself over her child and the array of forces that made her feel she had no other option — forces that continue to keep her down.

In America, just when Patsy thinks she can easily enroll in school or follow a path to success — like the ones told in popular tales of striving immigrants who overcome their lot — her undocumented status relegates her to a certain kind of labor. She cleans bathrooms at a mediocre Jamaican restaurant before becoming a nanny, caring for white children with more focus and intention than she ever offered Tru. The irony crushes her. When she seeks medication to ease her depression, Patsy encounters bias in the medical system all too common for black women and the working poor. And so the cycle continues.

Dennis-Benn, who herself immigrated from Jamaica to the U.S. as a teenager, depicts coinciding journeys toward self-actualization for characters whose agency is often trumped by the whims of others. When Tru begins menstruating and her father’s partner tells her she has to stop playing soccer and climbing trees, Dennis-Benn describes an ache that both mother and child share: “The pain of her immediate isolation,” she writes, “is as sharp as the one inside her womb.”

Though set in the past, the story and its reflections on borders and boundaries carry an urgent timeliness. Patsy’s pursuit of a better life in the U.S. and the costs that come with it mirror the struggles of black women who immigrate with dreams they soon find unreachable. She comes to discover, like so many women, that the bootstrap myth can only inspire so much.

There have been few narrative epics that effectively tally the emotional, logistical, physical, psychological and financial trials of the black female immigrant and mother or, likewise, the impact on the family of a black woman who dares transform herself. Dennis-Benn maps the internal terrain of black women yearning to be free — without romanticizing or ignoring their flaws. Yes, her central characters are persistent, but they can also be naive. Yes, these are strong black women, but they’re also human, and they’re nearly broken by loneliness, despair and a sense that they’ll never belong. Showing us the triumphs and pitfalls of these two parallel rites of passage, Patsy fills a literary void with compassion, complexity and tenderness. 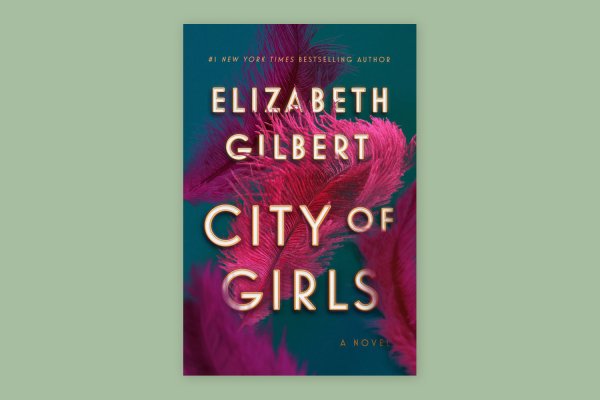 Elizabeth Gilbert’s City of Girls Embraces Women’s Sexuality in a World That Doesn’t
Next Up: Editor's Pick