Any beloved series’ end will elicit divided reactions from fans. And Sophie Turner — who played Sansa Stark on eight seasons of Game of Thrones — is now addressing criticism of the global phenomenon’s final season.

Turner told the New York Times in an interview published Monday that it’s “disrespectful” for viewers of the series who are angry with the show’s ending — just because it wasn’t what they had hoped for — to have started a petition to remake the final season. More than 1.3 million people, as of Tuesday morning, have signed a petition encouraging the season to be “remade with competent writers.”

“I think it’s disrespectful to the crew, and the writers, and the filmmakers who have worked tirelessly over 10 years, and for 11 months shooting the last season,” she said, adding that they had more than 50 night shoots to make the final chapters come to life.

“So many people worked so, so hard on it, and for people to just rubbish it because it’s not what they want to see is just disrespectful,” she said.

As for the Queen of the North, Turner said she personally was happy with the ending. “[The North is] the only place that she really, truly feels safe,” she said.

The Change.org petition says that the “series deserves a final season that makes sense” — Turner fully rebutted that claim in her interview. King Bran the Broken “makes a lot of sense,” she said. 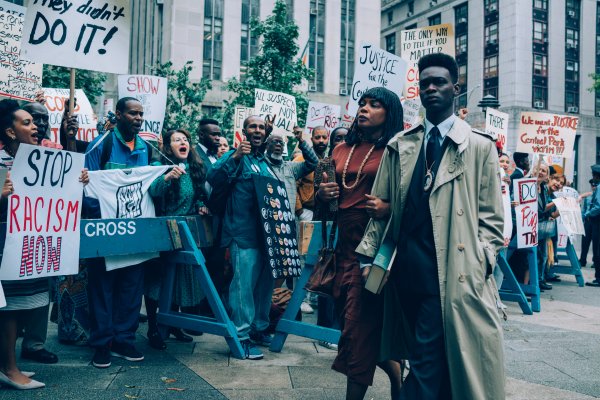 Ava DuVernay's When They See Us Is More Than a Vindication of the Central Park Five
Next Up: Editor's Pick