One persistent voice expressing frustration toward the status quo can change the way history is remembered. Case in point: Asian Pacific American Heritage Month. The observance now takes place every May in the U.S. and is marked by communities within the country’s 22.2 million Asians and 1.6 million Native Hawaiian and Other Pacific Islanders. And yet, despite that scale, the seeds for the commemorative month originated from one woman.

During the Congressional hearing in 1992 in which then New York Congressman Frank Horton introduced the bill that called for May to get that designation, he made a point of singling out that woman: Jeanie Jew, a former Capitol Hill staffer who had first approached Horton about the idea in the mid-1970s — more than 15 years earlier.

She had witnessed the U.S. Bicentennial celebrations of 1976 and was concerned about the lack of recognition given to Asian Pacific Americans. “She thought, what are the different ways that we can promote public awareness of the contributions?” says Claudine Cheng, a former president of OCA — Asian Pacific American Advocates.

At the time, celebrations for Black History Month and Hispanic Heritage Week were already in place. While Black History Month was decreed by President Gerald Ford in 1976 to become a national observance, Hispanic Heritage Week was designated as a national celebration by President Lyndon B. Johnson in 1968. “The right thing to do was to push for the Asians to also have a similar time during the year for commemoration and celebration,” Cheng says.

And for Jew, the lack of recognition was very personal: Her great-grandfather, M.Y. Lee, had come to the U.S. from China in the 1800s and had helped build the transcontinental railroad. He and his peers had played a key role in American history but had suffered for it.

In the late 19th century, U.S. federal law openly targeted Chinese immigrants. The Chinese Exclusion Act of 1882 prohibited the immigration of Chinese laborers to the U.S. for 10 years, and was renewed by the Geary Act, which additionally required immigrants from China to carry permits at all times or face possible deportation. (It was not until more than 60 years later, in 1943, that Congress repealed the exclusion — and even then the law allowed only 105 Chinese people to enter the country each year.) Toward those who did make it to the United States, acts of violence were common. One incident involved 17 men and boys murdered in Los Angeles in what is now known as the Chinese Massacre of 1871, another involved San Jose’s Chinatown being burned and destroyed. Jeanie Jew’s ancestor did not escape this fate.

“[Lee] later became a prominent California businessman,” Horton, a primary sponsor of the resolution, said in 1992. “When the Chinese were having difficulties in Oregon, Mr. Lee traveled to Oregon and was killed during that period of unrest. It was a time of anti-Chinese and anti-Asian sentiment. The revelations about Mr. Lee and the story of Asian Americans led this one woman to believe that not only should Asians understand their own heritage, but that all Americans must know about the contributions and histories of the Asian-Pacific American experience in the United States.”

The month of May was selected for two reasons: First, to commemorate the arrival of the first known Japanese immigrant to the U.S. on May 7, 1843; secondly, to honor the completion of the transcontinental railroad on May 10, 1869 — the building of which up to 20,000 Chinese workers participated in.

Jew and Ruby Moy, Horton’s Chief of Staff, spearheaded the efforts to gain support for a proclamation. In 1978, Horton and former California Rep. Norman Mineta introduced a bill that called for the week beginning on May 4 — which would include the dates of the two key events — to be designated as Asian Pacific American Heritage Week. After the joint resolution was passed by Congress, President Jimmy Carter signed it into law and thus the commemorative occasion began as a week.

The law, however, did not designate the week as an annual celebration, and community organizations and advocates were required to submit new requests annually to have the bill reauthorized.

In 1990, the commemorative week expanded to a commemorative month after a new bill was passed by Congress and signed into law by President George H.W. Bush. Even then, the proclamation did not include an annual designation, and the president had to reauthorize May as Asian Pacific American Heritage Month annually in the coming years. It was not until 1992 when Horton, along with multiple co-sponsors, introduced the legislation that would permanently designate May as the commemorative month — a legislation that became law after receiving unanimous support in Congress.

“I want to commend the two women who made this event possible, Ruby Moy and Jeanie Jew,” Horton said at the 1992 congressional hearing. “Mrs. Jew turned a personal tragedy in her family history into a positive force.”

Former Ohio Rep. Thomas Sawyer, who also spoke at the session that presented the legislation calling for an annual designation of Asian Pacific American Heritage Month, addressed its importance on a larger scale. “The subject matter of the bill is of extraordinary national significance in light of the substantial demographic change sweeping the country,” he said. “The United States truly continues to be a nation of immigrants, and the diversity of the population continues to contribute to the strength and progress of the Nation.” 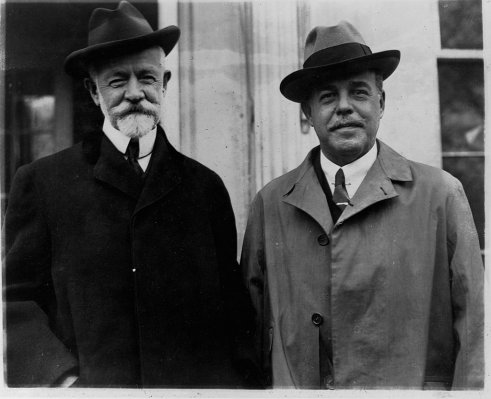 Trump's Plan Isn't First to Want Immigrants to Pass a Test
Next Up: Editor's Pick