Sen. Mitt Romney is now on record as saying that a GOP representative’s call to impeach President Donald Trump was “a courageous statement” — even though he disagrees with that conclusion himself.

“Justin Amash has reached a reached a different conclusion than I have,” the Utah Republican told Jake Tapper on CNN’s State of the Union on Sunday. “I respect him. I think it’s a courageous statement. But I believe that to make a case for obstruction of justice you just don’t have the elements that are evidenced in this document,” he said, referring to Special Council Robert Mueller’s report on Russian election interference.

Amash, a Republican congressman from Michigan, on Saturday became the first GOP legislator to accuse President Trump of “impeachable conduct” based on the findings of the Special Council’s report.

In a series of tweets on Saturday, Amash laid out his own views regarding the findings of the Mueller report and the way in which it was represented to the American people. In addition to concluding that “President Trump has engaged in impeachable conduct,” Amash also slammed Attorney General William Barr, saying that the nation’s highest law enforcement official had “deliberately misrepresented Mueller’s report.”

Mueller stated in his final report that he did not find evidence of a criminal conspiracy between Trump and Russia, but declined to offer an opinion on whether Trump should be charged with obstruction of justice. Barr later stated that there was not enough evidence to charge the President.

Sen. Romney has previously called out President Trump based on the findings of the lengthy report, though he stopped short of saying that the President’s conduct was worthy of impeachment.

“I am sickened at the extent and pervasiveness of dishonesty and misdirection by individuals in the highest office of the land, including the President,” Romney said in a statement last month. “I am also appalled that, among other things, fellow citizens working in a campaign for president welcomed help from Russia.”

As House Democrats struggle to compel the President to cooperate with their investigations, some believe that the party may be inching closer to impeachment, even though the proceedings would be unlikely to succeed in the Republican-controlled Senate.

On Sunday, Romney said he did not think there was sufficient evidence or political will to impeach President Trump.

“An impeachment call is not only something that relates to the law, but also considers practicality and politics,” Romney said on Sunday. “And the American people just aren’t there.” 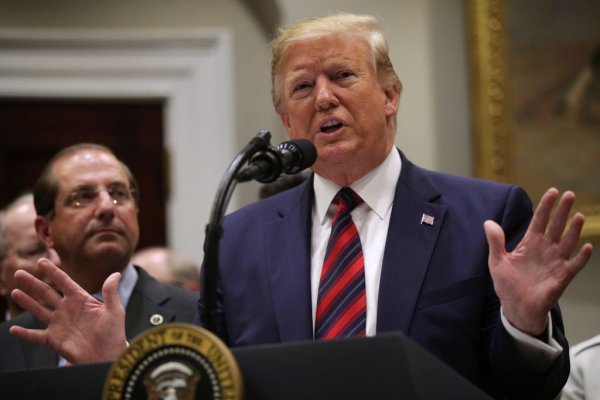