Ideas
By Peter Frankopan
Frankopan is author of The New Silk Roads: The Present and Future of the World and The Silk Roads: A New History of the World. He is a professor of global history at Oxford University.

“I say openly to President Xi and all of my many friends in China that China will be hurt very badly if you don’t make a deal.” Thus spake President Donald Trump this week in the new medium of modern diplomacy – Twitter.

The trade war between the U.S. and China has entered a new phase, with tariffs raised from 10% to 25% on $200 billion of goods. The markets had not expected this news, with the tea leaves since the end of last year being widely seen to indicate that the US President was well on his way to winning a game of brinkmanship that would improve the terms on which the US trades with China.

As is often the case with the Trump administration, there is method behind the madness. It is certainly right that U.S. businesses face barriers not only to entry but to investment, development and competition in China that Chinese businesses do not face in the U.S. Likewise, issues around the protection of intellectual property are imbalanced and in need of revision. And while many have pointed out that a trade deficit is not inherently bad in its own right, few would argue that trying to get Beijing to buy more from the US is a bad move.

Even the idea of pulling the rug from under the Chinese delegation’s feet at the last minute, which included public accusations that the latter had been negotiating in bad faith and had attempted to go back on previous commitments is a tactic that many negotiators can recognize of using a position of strength to force the counter-party on to the back foot.

“China is not afraid,” said Vice Premier Liu He, who is leading the Chinese side of the negotiations, “nor are the Chinese people,” in comments that were supplemented in Xinhua, the Chinese news agency, with the words, “as long as we keep our own house in order, the sky will not fall.”

While it is tempting to think this is all about Trump, it is part of a much bigger and wider story. The last three decades have been a period of astonishing global transformation. New technologies have changed the way we communicate, learn and share. But it has also been a period of profound global economic re-distribution. The rate and pace of change has been jaw-dropping. In China alone, some 800 million people have been lifted from below the poverty line, according to the World Bank. At the same time, construction projects in the country were so extensive and numerous that some estimates conclude more concrete was used in China between 2011-13 alone than in the United States during the course of the entire 20th century.

The story is not just about China. Seventeen of the twenty fastest growing cities in the world at the moment are located in India, including all of the top ten. By 2027, the aggregate GDP of cities will equal those of North America, with expectations that they will be 17% higher eight years later. A new world is being born – and has been for years.

This new world is one of rising ambitions. When expensive art work is sold at auction, or leading soccer teams are bought, their new owners are often from places like India, Saudi Arabia, Abu Dhabi, Russia – or China.

The new world is above all that is characterized by rising connections as states seek to build and consolidate economic ties, stimulate trade and find political accommodation. Helping this happen, at least in theory, are schemes like the Belt and Road Initiative, China’s signature economic and foreign policy that was first announced by President Xi in 2013. This scheme, more a loose collection of projects than a directed formal plan, has attracted considerable attention in recent months. It was heavily criticised by US officials such former US Defence Secretary Jim Mattis who remarked in 2018 that ‘in a globalised world, there are many belts and roads, and no one nation should put itself in a position of dictating ‘one belt, one road.’

China’s investments in road, rail lines, ports and energy plants are the most visible of a wide range of other regional programs that are designed to remove barriers and improve economic, political and military co-operation, conceived and promoted by Russia, India, Kazakhstan, Vietnam and many more besides.

New alliances are taking shape in a world that does not look like the West and is no rush of replicating the democratic models of Europe and the Americas. Across Asia, freedoms are not just not rising, they are falling, with those who fall foul of the different governments, from political opponents to journalists and charity workers being silenced by state control of the media, intimidation or worse.

New technologies play an important role in the way that authoritarian states are able to maintain control – ironically, often based on pioneering hardware and software created in the U.S. and the west. But another reason for the solidarities of so many nations lying along the ancient Silk Roads is that the model of liberal democracy is not so obviously attractive as perhaps it was following the fall of the Berlin Wall nearly thirty years ago. Rioters on the streets of Paris and mass marches seeking independence for Catalonia, the dislocation and division of both the UK and Trump’s America hardly provide exemplars of cohesion, hope and optimism for these nations to aspire to.

The robust economic growth in Asia is powered by rising demographics, rising connectivity and abundant natural resources – the Middle East, Russia and Central Asia account for almost three quarters of proven oil reserves, while the countries of South East and. East Asia account for 85% of global rice production. That contrasts sharply too with economic stagnation in Europe in particular, where life is becoming harder.

Little wonder, then, that discussion in Britain, in Europe and in the US has turned to protectionism, to try to find a way to respond to the changing world, and to adapt to it. Nor is it surprising that many take solace in the past and seek to return to happier times. In that sense, the fact that Trump’s mantra is not “Make America Great” but “Make America Great Again” provides a perfect slogan for the 21st century: as one part of the world rises to face the future, another wants to turn the clock back to the past. 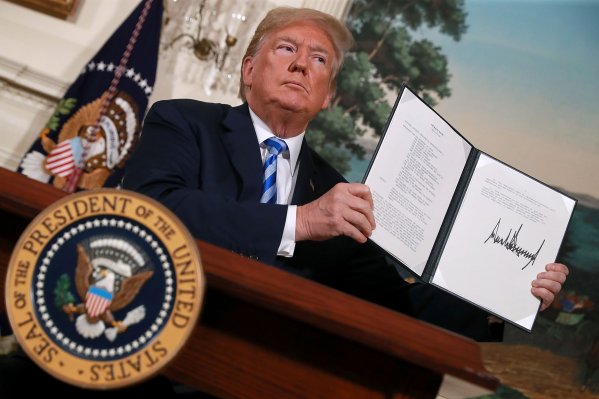