President Donald Trump holds up a memorandum that reinstates sanctions on Iran after he announced his decision to withdraw the United States from the 2015 Iran nuclear deal, on May 8, 2018, in Washington, D.C.
Chip Somodevilla/Getty Images
Ideas
By David French
French is a senior editor at The Dispatch and a columnist for Time. His new book is Divided We Fall: America's Secession Threat and How to Restore Our Nation. He is a former major in the United States Army Reserve.

It’s time for the American people to become fully alert to a dreadful possibility. The United States, led by an erratic chief executive who is frequently ignored even by his closest advisers, may find itself stumbling into its worst war in more than a generation — in spite of publicly-expressed reservations from the president himself and without the Congressional authorization that the Constitution requires. The result could be a perfect storm of danger and distrust, culminating not just in a military emergency abroad but also a simultaneous and serious political crisis at home.

Here’s what’s happening. On May 5, National Security Adviser John Bolton announced that the administration had ordered a carrier strike group to the Persian Gulf region, allegedly in response to “troubling and escalatory indications and warnings” of unspecified Iranian threats. A week later, four oil tankers (two Saudi, one Norwegian and one Emirati) were damaged in an alleged “sabotage” attack, which a U.S. official blamed on Iran or Iranian allies — though so far there has been no evidence released that this is the case.

At the same time, a rare rift emerged with Great Britain when British General Christopher Ghika, deputy commander of allied forces fighting ISIS in Iraq and Syria, said he saw “no increased threat from Iranian-backed forces in Iraq and Syria.” This statement drew an immediate rebuke from U.S. Central Command, which issued a statement saying Ghika’s comments “run counter to the identified credible threats available to intelligence from U.S. and allies regarding Iranian backed forces in the region.”

On May 13, the New York Times reported that the president was reviewing “updated” military plans that could send a total 120,000 troops the Middle East — a deployment nearly as substantial as American deployments at the height of the Iraq War. Trump disputed the Times report, but then provided this belligerent caveat: “Now would I do that? Absolutely. But we have not planned for that. Hopefully we’re not going to have to plan for that. And if we did that, we’d send a hell of a lot more troops than that.” Then, on the 15th, the State Department ordered all “non-emergency” personnel out of Iraq.

All of this is happening in the aftermath of the administration’s decision to pull out of the Iran nuclear deal and its decision to designate Iran’s Revolutionary Guard Corps (IRGC) a terrorist organization.

Yet while the public is tracking the fact that tensions are on the rise, it does not know precisely why. There has been little discussion of the substance of the relevant warnings of Iranian aggression, and even close Trump Senate ally Lindsey Graham said that he had “no idea what the threat stream is beyond what [he] reads in the paper.” A major conflict is possible, yet key Congressional leaders are in the dark about the relevant intelligence.

It’s important to be clear about the gravity of the situation. War with Iran would represent a military challenge far more substantial than toppling the Taliban or Saddam Hussein. Iran’s military is intact. It has substantial missile assets — the “largest and most diverse missile arsenal in the Middle East” — and considerable ability to attack American forces directly and through proxy forces throughout the Middle East and perhaps well beyond.

A conflict in the Persian Gulf would risk disrupting the global economy. Roughly 20% of world oil consumption passes through the Strait of Hormuz, and a prolonged closure of the Strait would not only create an immense short-term spike in oil prices, it could perversely provide a boost to the struggling Russian economy as it ramped up production to meet the oil shortfall.

Against this backdrop, Senator Tom Cotton’s swaggering response to Firing Line’s Margaret Hoover — that the U.S. would win a war with Iran with “two strikes; the first strike and the last strike” — was irresponsible. Cotton is a veteran. He knows better. And while he’s correct that the United States would win a military conflict, it’s imperative that he accurately describe the relevant risks. Instead, he minimized the challenge.

I served in Iraq during The Surge, acting as Squadron Judge Advocate for the 2nd Squadron, 3rd Armored Cavalry Regiment. We were deployed close to the Iranian border and sadly experienced first-hand the lethality of Iran-allied militias. American forces struggled to suppress these militias throughout the Iraq conflict, and they represent but one component of the overall Iranian threat.

Moreover, as tensions rise, the world has reason to wonder who, exactly, is rattling the American saber. An increasing number of reports — from Robert Mueller’s account of close aides disregarding presidential directives to a comprehensive story in The Atlantic describing a White House where aides slow-walk or disobey Trump’s orders — paint a vivid picture of a presidency that is often out of the president’s control.

On the one hand, the president’s commands can be so erratic and dangerous that Americans should be grateful for steadier hands in the administration. On the other hand, a nation cannot properly prepare for serious conflict without assurance that the Commander-in-Chief is in actual command of his own administration. I am not arguing that the president’s advisers would dare initiate outright hostilities without presidential approval. There is no indication that his administration is that lawless.

We do know, however, that the president is erratic — even in his national security pronouncements. In December, he made Twitter and video announcements of his intention to completely and immediately withdraw American forces from Syria. Weeks later, he reversed course. American troops will remain in Syria indefinitely.

Consider how decisively Trump has shifted his position and rhetoric on North Korea. He went from blustering against North Korea’s Kim Jong Un — calling him “Little Rocket Man” and threatening “fire and fury” against his regime — to unilaterally canceling military exercises in South Korea, expressing deep affection for the North Korean tyrant and holding two summit meetings.

Trump moves from hawk to dove and from dove to hawk. This has been his pattern since the presidential campaign, when he vowed to shrink American deployments in the Middle East and vowed to “bomb the hell out of ISIS” and “take the oil.” And so, while there is news this week that Trump is telling the Pentagon he doesn’t want war with Iran, we don’t know what next week — or next month — will bring.

Bolton offers a direct contrast to President Trump. His hostility against Iran is longstanding, consistent and deeply felt. He has a command of history and the facts that the president lacks, and tactical decisions made short of war can easily ratchet up tensions more than the president understands. In other words, Trump can blunder into a strategic box of his administration’s own making.

This reality leaves us with a series of blunt and disturbing questions: Is the president’s national security adviser essentially slow-walking America into war? Is a president who ran on ending foreign entanglements about to embroil the United States in its most dangerous conflict since perhaps Vietnam? And is it happening in part because he’s simply too impulsive, erratic and inattentive to create his own coherent foreign policy or to fully command his own team?

There is no excuse for the administration not to go to Congress and immediately brief relevant members about the full extent of the alleged Iranian threat. Members need to know the source and strength of the relevant intelligence, especially after the recent report that a high-ranking member of the IRGC may have fled Iran and defected to the U.S.

In the aftermath of the intelligence failures in Iraq, Americans should have a healthy skepticism of military action justified by intelligence reports that are withheld even from key members of Congress. And given Trump’s fundamental dishonesty and alarming ignorance, Americans should have zero assurance that their president or his administration is accurately describing the nature of the Iranian threat.

While Americans deployed abroad have the inherent right of self-defense, the United States should not engage in offensive military action without Congressional approval. The president cannot tolerate acts of terror against American forces, but the American people cannot tolerate an unconstitutional war.

America must learn the bitter lessons of the recent past. Now is not the time to trust an untrustworthy administration. Now is exactly the time for Congress to reassert its constitutional authority. The message to the Trump administration should be emphatic, bipartisan and unmistakable. There can be no new war without informed congressional consent. 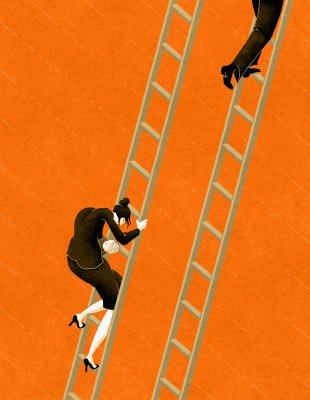 Too Often, Working Mothers Do Far More of the Childcare Than Their Husbands. Here’s How to Fix That
Next Up: Editor's Pick