For the Trans Community, Snapchat's 'Gender-Swapping' Filter Is Complicated

It’s a simple idea—a new filter on Snapchat lets users alter images of themselves to look like a different gender. The Snapchat lens, introduced last week, has taken off, with “gender-swapping” photos and videos proliferating across Facebook, Twitter and Instagram, too—spawning countless jokes and parodies.

For the trans and non-binary community, however, it’s more complicated.

While many acknowledged that the filter is fun, for some it’s been jarring to see their social networks manipulating their gender so casually. Others have said that they are concerned that some people are using the filter in problematic ways.

Cat Graffam, an artist, adjunct art professor and trans woman, tells TIME that she was impressed by how well the feature worked.

“My first initial thought was, ‘Oh my gosh, this is going to make so many people realize they’re trans!’” Graffam says. “I actually had someone reach out to me… and tell me it was like a catalyst for realizing they needed to transition, because you’re able to see yourself in a way you didn’t think was possible.”

Graffam says that she had fun using the filter, and spent time goofing around on it with her partner. At the same time, she says, she has some reservations about it. But she found the feature that allowed her to see herself as a man “unsettling” because she’s “spent the last five years trying to feminize my appearance.”

While for some people the filter is a gimmick, for Graffam changing her gender has been a major part of her life.

For cisgender people, she says, “At the end of the day, you get to just turn it off and it’s not sort of a reality for you.”

Natalie Wynn, a trans woman and the creator of the Youtube channel ContraPoints, says that some trans and non-binary people are troubled that people who are not supportive of the gender nonconforming community enjoy playing with the filter. Wynn says that she, personally, isn’t bothered by it.

“I think this is kind of an inherent joy and beauty to metamorphosis, and I think that’s something that’s appealing to people. I think it’s great that people want to have fun with that,” says Wynn, who has nearly 600,000 subscribers on YouTube. At the same time, she adds, people’s positive reaction to transformation should “include people who actually go through that metamorphosis.”

Other responses have been more critical.

Rose Dommu, a staffer for LGBTQ magazine Out, wrote that the filter “makes a joke out of transitioning.” For Dommu, “this filter is literally an instant transition, and the humorous way I’m seeing it shared is…not cute.”

She continued, “Before you post your next manipulated selfie, maybe take a second to wonder: is it funny to imagine what you’d look like as a woman? Because that thought is all that gets some folks out of bed in the morning.”

Snapchat, in response to the criticism, has said that its lens feature is intended to help users express themselves. The company offers a wide variety of filters, including many that can convert images into animals, characters, and different colors.

Cáel Keegan, assistant professor of Women, Gender, and Sexuality Studies and Liberal Studies at Grand Valley State University and a trans man, says that he wasn’t particularly excited to see the feature.

Playing with gender has always been a major part of trans culture and representation, Keegan says. Trans people have appeared for a long time in circuses, drag shows and in Hollywood. These shows are “fetishistic,” but they can gave trans people some control over how they are represented, he says.

This also isn’t the first time that the Internet has helped people see what they’d look like as another gender, said Keegan. Older apps, such as the FaceApp, have allowed people to change the appearance of their gender.

Keegan said that he was most troubled by videos that played with the idea of “trapping”—when a person is wooed by a person of one gender, who then turns out to be another gender.

“If trans people are accused of trapping, it can be deadly,” said Keegan. “It’s a privilege to be able to play with being a different gender.”

Andre Cavalcante, an assistant professor in the departments of Media Studies and Women, Gender, and Sexuality at the University of Virginia, says that he saw the app as a “playful experience,” it could also be seen as using gender identity as a “commercial gimmick.”

“The app turns users into extreme simplifications, into cartoonish renderings of men and women,” Cavalcante says. “Men have broad chins and facial hair. Women are posed in soft lighting (for no apparent reason) and have small, delicate features. In this way, gender is reduced to a mask or a costume, something that can change with (literally) a snap.” 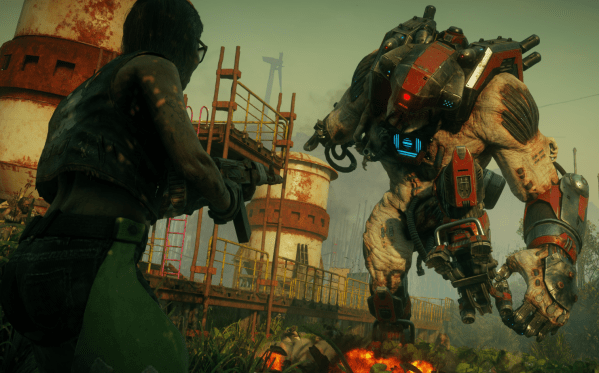 Review: Rage 2 Is a Violent, Infantile, Beautiful Trek Across a Post-Apocalyptic Hellscape
Next Up: Editor's Pick