The College Board Is Rolling Out a New SAT 'Adversity Score.' Here's How It Could Impact College Admissions

SAT scores will soon be measured by more than just a teenager’s math and verbal skills — the College Board is rolling out a new “adversity score” program that is intended to give universities a chance to gain a fuller picture of the applicant’s background.

But as several elite universities are already facing lawsuits over affirmative action admissions practices, some wonder how the new rule will be received by more affluent families who do not benefit from this new scoring.

The score, officially called the Environmental Context Dashboard, is calculated with 15 factors that address a student’s home life, community and school system. According to the College Board, it takes into account the student’s local crime rate, poverty rate, whether the student has a single parent, median income, the availability of Advanced Placement (AP) classes and more.

Together, they add up to an overall disadvantage level, scored out of 100, that only universities will be able to view in a special tool that supplements the exam.

Students themselves will not be able to view their own adversity scores, so they will not know how much the score influenced their college admissions decisions.

Fifty schools, ranging from the Ivy League to public universities, tested out the program in its admissions process last year, according to The College Board, a non-profit that oversees the SAT exam. It plans to expand the use of the score to 150 schools this fall, and then is expected to be used even more broadly the following year, according to The Wall Street Journal, which first reported the news.

“[The score] enables colleges to witness the strength of students in a huge swath of America who would otherwise be overlooked,” College Board CEO David Coleman said in a statement. “There is talent and potential waiting to be discovered in every community.”

After piloting the program this year, the College Board said its impact was clear: Disadvantaged students were “more likely to be admitted” through the use of the new system. Coleman also reported that some admissions officers said it helped to rely less on stereotypes and assumptions while welcoming a more diverse class of students.

This example of the Environmental Context Dashboard shows what an admissions officer can view with the tool, beyond just the student's score.
Courtesy of College Board

Trinity University in Texas is one such pilot school that has been incorporating the dashboard into its admissions process. Trinity’s vice president for enrollment management, Eric Maloof, told the school’s newspaper the tool helped in addressing a growing volume of applicants.

Race is not a component of the adversity score, which Jeremiah Quinlan, Yale’s dean of undergraduate admissions and financial aid, told the Yale Daily News last September is something he found to be helpful. He said the tool “helped us identify kids who have overcome significant contextual adversity in a very race-neutral way and a very data-driven way.”

With that in mind, Elissa Salas, the CEO of College Track, a non-profit that works to help low-income and first-generation American students earn Bachelor’s degrees, tells TIME the adversity score’s lack of a racial component is questionable. “Based on much research, it is a pretty big indicator of having an environmental impact on educational attainment,” she said.

“I think it’s a fundamental question of whether or not our society believes that these factors have an indication in assessing merits in the admissions process,” Salas continued.

Additionally, the U.S. Department of Education said college participation rates among black and Hispanic young adults increased from 2000 to 2016. A tool like this new adversity score dashboard may lead to even more of an increase, even if there is more work to be done. “Anything that helps to level the playing field for low-income students and first-generation students is a positive development from our end,” Salas says.

Salas says the SAT and its similar exam, the ACT, are “currency” for college applicants, which makes it all the more important to give students better chances on these exams. “The biggest predictor of whether or not you get a good [SAT] score is actually related to income,” she said.

David Hawkins, executive director for educational content and policy at the National Association for College Admission Counseling (NACAC), told TIME the adversity score will likely be a good thing for all students. “Any context we can provide for students’ quantitative scores is going to be helpful. This is something admissions officers have talked about for quite some time,” he said, adding that although there will be kinks to work out in the coming years, the program is “a step in the right direction.”

Though the new measure may seem surprising and new, college admissions officers have always had access to similar data, according to Hawkins. “The kinds of information that the College Board is integrating are publicly available data that do just provide a little more information on the students’ background and where they come from,” he said.

The announcement of the measure comes just two months after federal prosecutors indicted fifty people in a wide-reaching college admissions scandal. Dozens of parents allegedly paid money for proctors to edit the SAT scores of students after they took the exams in the hopes of getting into elite colleges. Dubbed “Operation Varsity Blues,” investigators said it was the biggest college admissions scheme ever prosecuted by the Department of Justice. Thirty-three affluent parents are caught up in the scandal, including actresses Lori Loughlin and Felicity Huffman.

Hawkins said the scale is designed to help fight against privilege by giving kids a leg up on applications at all levels: “This resource is part of the overall formula that colleges and universities will continue to have to employ and refine over the years to make sure that students aren’t being left behind just because they aren’t from a wealthy neighborhood or wealthy family.” 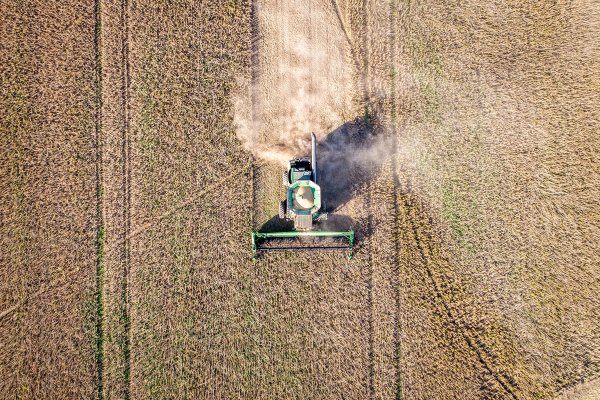 The Real Trade War: Whose Rules Will Reign?
Next Up: Editor's Pick