Britain Has More Surveillance Cameras Per Person Than Any Country Except China. That's a Massive Risk to Our Free Society

Ideas
By Silkie Carlo
Carlo is the director of Big Brother Watch, a U.K. non-profit that campaigns against surveillance

As we walk around, our faces could be scanned and subjected to a digital police line up we don’t even know about. There are over 6 million surveillance cameras in the U.K. – more per citizen than any other country in the world, except China. In the U.K., biometric photos are taken and stored of people whose faces match with criminals – even if the match is incorrect.

As director of the U.K. civil liberties group Big Brother Watch, I have been investigating the U.K. police’s “trials” of live facial recognition surveillance for several years. Understandably, people are shocked when they see facial recognition cameras appearing on their streets – and many people strongly object to it.

In January, we went to Romford, in east London, where police were watching locals with facial recognition cameras fixed to an unmarked van parked on the street. We held placards, handed out leaflets and spoke to members of the public about their views. A few men were conspicuously hanging around us and monitoring how people responded to our leaflets and signs. They were plainclothes police officers. We counted around 20 of them and on several occasions I had to ask them, and then eventually the Commander, if they would stop surveilling us.

We now know that they had been tasked to stop people who avoided the facial recognition cameras. Making small talk with our watchers, some of them even admitted it to us. One innocent man they targeted was John (not his real name) who, after seeing our placards, pulled his jumper over his chin – a small act of resistance to encroaching surveillance in his town. I watched a plainclothes officer who had been loitering near us radio through to uniformed officers, instructing them to stop him.

John was then surrounded and grabbed by officers, pushed to a wall and questioned. They demanded to know why he was covering his face.

The plainclothes officer then took a photo of him on a mobile device anyway “for facial recognition.” Police had not told us, or anyone, that they had not only the capability to scan faces with fixed cameras but to “point and shoot” with handheld, mobile devices. He was made to hand over his ID as well. After police aggravated him and threatened to handcuff him, they issued him with a £90 ($115) fine for disorderly behavior.

To watch these live facial recognition trials is to watch your civil liberties slip away before your eyes. Thousands of people have been sharing and commenting on this clip, in utter disbelief of how this new surveillance technology has appeared on our streets.

“Do I live in a communist state?” John asked me, astounded. The U.K. is certainly adopting surveillance technologies in a style more typical of China than of the West. Police in England and Wales have used facial recognition to surveil peaceful protests and people with mental health problems. No other police force in Europe is using live facial recognition for public surveillance.

Meanwhile, in the U.S., districts are bringing forward bans on live facial recognition. San Francisco, home to Silicon Valley, passed a hugely symbolic ban on law enforcement agencies using facial recognition just this week. They made the right choice. We can have security without living in a security state.

We are now days away from London’s Metropolitan Police making a decision about their use future of facial recognition surveillance. They’ll announce whether the cameras will become a permanent part of their toolkit or whether they’ll drop them. The Met is the largest police force in the U.K. If they adopt facial recognition for good, the floodgates will be open to police forces around the country deploying the surveillance too.

I find it incredible that decisions of such magnitude, where long-held liberties are at stake, are being made by police. We at Big Brother Watch have stepped in and started legal proceedings against the police — and if they decide to continue using facial recognition, we will take them to court. Just as San Francisco has, we need to set a precedent that authoritarian surveillance has no place in Europe.

Turning surveillance cameras into identity checkpoints is the stuff of nightmares. For centuries, the U.K. and U.S. have entrenched protections for citizens from arbitrary state interference – we expect the state to identify itself to us, not us to them. We expect state agencies to show a warrant if our privacy is to be invaded. But with live facial recognition, these standards are being surreptitiously occluded under the banner of technological “innovation.”

That’s why the ban in Silicon Valley is so commendable. We’ve found ourselves at a turning point for civil liberties and technology – and in the U.K., we’re dangerously wavering on the precipice of a very different country.

To be frank, I have little hope that our police will make the right decision. But I have great faith that the public won’t tolerate such a loss of liberty. John showed us that. And that’s why we’ll fight police facial recognition. 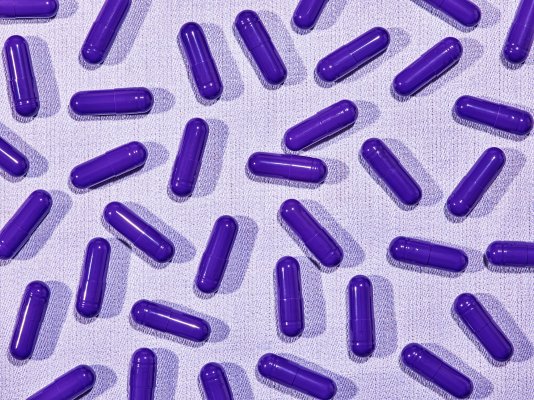 How Some Generic Drugs Could Do More Harm Than Good
Next Up: Editor's Pick