Why the World Wants Democracy but Not Necessarily the American Version

The U.S. Capitol dome is reflected on the plaza of the East Front of the U.S. Capitol, in Washington, DC on April 17, 2019.
Drew Angerer—Getty Images
Ideas
By Ian Bremmer
Bremmer is a foreign affairs columnist and editor-at-large at TIME. He is the president of Eurasia Group, a political-risk consultancy, and GZERO Media, a company dedicated to providing intelligent and engaging coverage of international affairs. He teaches applied geopolitics at Columbia University’s School of International and Public Affairs and his most recent book is Us vs. Them: The Failure of Globalism.

Nearly three decades after the Cold War’s end, it’s no longer clear that American-style liberal democracy has carried the day. Xi Jinping has consolidated power in China on a scale not seen since Mao. Vladimir Putin has served longer than any other Russian leader since Stalin. Even many democracies are being undermined by populism.

Democracy remains the form of government most likely to create lasting security and prosperity. A few oil-producing nations aside, the world’s wealthiest countries are democracies, and democracies are also less likely to go to war with one another.

For these reasons, Americans have long believed that if all the world’s countries were to become democracies, everyone would live safer and more prosperous lives. But is U.S.-style democracy the right path for all?

A new study conducted by the Eurasia Group Foundation (EGF) has produced interesting findings on public attitudes in other countries toward the U.S. and its system of government. Based on surveys of citizens in eight countries—­Brazil, China, Egypt, India, Nigeria, Poland, Germany and Japan—the report, authored by Mark Hannah, found support in all these countries for democracy but mixed attitudes toward the U.S. and its democracy.

– Brazilians appear disappointed with their own democracy, but some 70% have a favorable view of American ideas of democracy.

– Respondents in China were three times as likely to want their system of government to become more like the American system as less like it.

– About 80% of Indians surveyed have a very or somewhat favorable view of the U.S. and of the American people, in part because 70% of them have recently had a close friend or ­family member living in the U.S.

– Those surveyed in Germany and Japan, longtime U.S. allies, were least enthusiastic about U.S.-style democracy. More than half of Germans reported an unfavorable view.

The survey found that in wealthy countries, opposition to President Trump and perceptions of income inequality drove unfavorable opinions of the U.S. Respondents overwhelmingly favor democracy as practiced in their own countries. Those in ­emerging-market democracies dislike the active role the U.S. sometimes plays in other countries, but they say that U.S. democracy safeguards the rule of law more effectively than their own democracies do. Most citizens in authoritarian countries do not like U.S. foreign policy, but they do want greater political freedom in their own countries.

The findings from these countries suggest that while democracy remains a popular aspiration around the world, “attraction” will prove more effective than “promotion” as a way to help democracy expand.

The report argues that the U.S. has made four main mistakes in fostering democracy abroad. U.S. policy­makers have focused on the laws and institutions of other countries but not their political cultures. They’ve assumed that people will forgo near-term security and stability for the chance to vote. They’ve used military intervention to promote democratic values without accounting for the problems this approach creates. And they’ve ignored the values and interests of those they hope to persuade.

The survey also finds that allowing foreign-born people to study and live in the U.S. can help to promote democracy: support for American ideas of democracy is driven largely by immigration and direct connections to diaspora communities. People who report having had family members or close friends who have lived in America in the past five years are significantly more likely to have positive views.

That’s one reason U.S. policy­makers would be more successful if they found the modesty to promote democracy around the world without the explicit American packaging and with the humility to acknowledge that the U.S. has often failed to live up to democracy’s highest ideals. Democracy’s appeal comes in the power it gives individuals to set their own course. America should accept that each country will need to find its own path to adopt democracy.

Bremmer is founder and board president of EGF 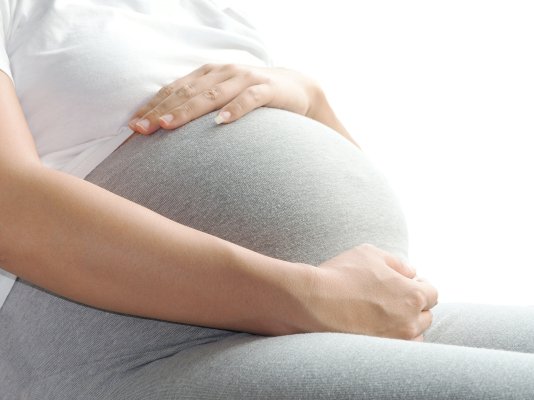 It's Time to Rethink the Demeaning Ways We Describe Pregnancy
Next Up: Editor's Pick