A Toddler Detained at the U.S. Border Has Died After Weeks in the Hospital, Report Says

A 2-year-old boy detained at the U.S.-Mexico border died Tuesday after several weeks in the hospital in El Paso, Texas, becoming the fourth Guatemalan minor to die in in U.S. custody since December, the Washington Post reports.

The unidentified boy appears to have been sick with a form pneumonia, but his death is under investigation, according to the Post.

A Customs and Border Protection official said the boy and his mother were taken into custody on April 3 near the Paso del Norte International Bridge, reports the Post. The toddler’s mother alerted authorities that he was sick on April 6 and he was taken to a hospital, the official said. Customs and Border Protection released them on April 8 with a “notice to appear” in immigration court, reports the Post.

Guatemala’s Consul Tekandi Paniagua confirmed the death to the Post.

“We have reiterated the message that trips to the United States, in the condition in which the Guatemalan families are undertaking them, is highly dangerous,” Paniagua said in a statement.

Hundreds of thousands of migrants have fled poverty and violent gang violence in Guatemala and other Central American countries over the last several months.

After a seven-year-old girl and an eight-year-old boy died while in custody in December, U.S. Customs and Border Protection announced new health screening measures for children. In late April, a 16-year old boy died after several days in custody.

President Donald Trump is expected to announce an overhaul of the legal immigration system on Thursday. 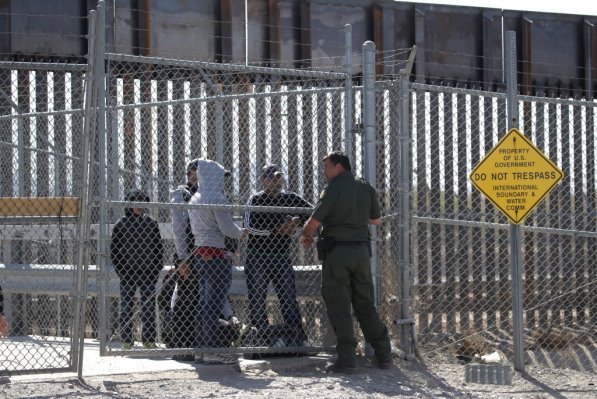 DHS to Pilot DNA Testing at the U.S.-Mexico Border
Next Up: Editor's Pick