By Alex Fitzpatrick , Anne Most and Joey Lautrup

After sitting dormant beside John F. Kennedy International Airport’s Terminal 5 for nearly 20 years, the historic TWA Flight Center reopened May 15 as the sleek and retro-chic TWA Hotel, designed to make visitors feel as if they’ve slipped through some kind of time portal and landed right back in the early days of the Jet Age.

“Right when you walk in, you’re going to feel like you’re in 1962,” says Tyler Morse, CEO of MCR and Morse Development, the development team behind the TWA Hotel. “It was this amazing year, and anything was possible in America. So that’s the ethos and the spirit that we’re capturing as you walk into the building.”

The terminal was designed by legendary architect Eero Saarinen for Trans World Airlines, a now-defunct airline long controlled by Howard Hughes. It was closed after TWA was acquired by American Airlines amid financial struggles in 2001. The building sat largely unused since then, save for the occasional tour and other events. Conversion work began in 2016.

The result? A 512-room hotel complete with swanky lodge, multiple restaurants and bars (including one in a converted Lockheed Constellation passenger plane parked out back), and runway views for the aviation geek crowd, who are likely to flock here in droves. The rooms are equipped with Saarinen-designed chairs, a martini bar, and even a working rotary phone; the Mad Men comparisons are unavoidable. (Worry not about runway noise, says Morse: the room windows are 4.5 inches thick with a soundproof rating that should provide for a quiet night’s sleep.) The entire affair, down to the TWA- is an homage to the vibe and stylings of the early 1960s, leaving little doubt the building will quickly gain favor with the Instagram mobs.

Regardless of its retro appeal, the TWA Hotel is fundamentally an airport hotel, with all the promises and challenges running such an endeavor brings.

“We’re not competing with Manhattan, JFK is its own market,” says Morse when asked about the project’s long-term viability. “We’re going to have a lot of day stays, we’re going to have a lot of architectural aficionados, aviation aficionados, people who just want to come in and check out the building … we are not under the illusion that we are going to bring people from Manhattan all the way out to JFK and then come back.” He adds that the building’s event spaces and meeting rooms should attract business clients as well as families looking to host weddings, bar and bat mitzvahs and more.

To find out more about the TWA Hotel at JFK — and to take a look inside — watch the video above.

The original version of this story misstated the propulsion system of the Lockheed Constellation. It was a propeller aircraft, not a jet. 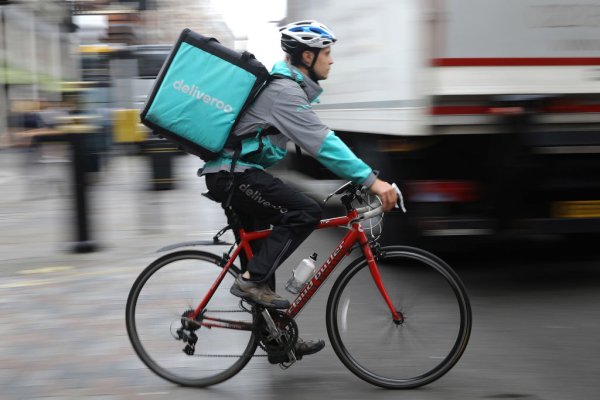