Facebook Tightens Live-Stream Rules in Response to the Christchurch Massacre

The logo of social networking site Facebook displayed on a smartphone on March 25, 2018.
Dominic Lipinski—AP
By Amy Gunia

Facebook is tightening restrictions on its live-streaming feature in the wake of the horrific mass shooting in Christchurch, New Zealand, as world leaders prepare to meet for a summit aimed at curbing online terror.

The social media giant said it is introducing a “one-strike” policy, which temporarily restricts access for users that break Facebook rules. The company did not specify which offenses will be covered by the policy or the length of suspensions for rule-breaking users.

“Live can be abused and we want to take steps to limit that abuse,” Facebook said in a statement. The company said they plan to extend the restrictions over the coming weeks, including to the creation of ads, but did not lay out specific plans.

Facebook has come under fire for its role in online terror since 17 minutes of deadly shooting in New Zealand that left 51 people dead were broadcast on Facebook Live. In the 24 hours after the attack, the company scrambled to remove 1.5 million videos containing footage of the bloodshed.

New Zealand’s Prime Jacinda Ardern and French President Emmanuel Macron will host a summit starting Wednesday where they plan to ask tech giants to sign a pledge called the “Christchurch Call” to agree to combat extremism on the internet.

Ardern said the new rules are a step in the right direction.

“Facebook’s decision to put limits on live streaming is a good first step to restrict the application being used as a tool for terrorists, and shows the Christchurch Call is being acted on,” Ardern said in an email from her spokesman, according to Reuters.

Read More: Your Facebook App Looks Very Different Today. Here’s How to Use the New Design

Facebook also announced a $7.5 million investment into a partnership with three universities – the University of Maryland, Cornell University and the University of California, Berkeley – to research new methods to find edited versions of content. 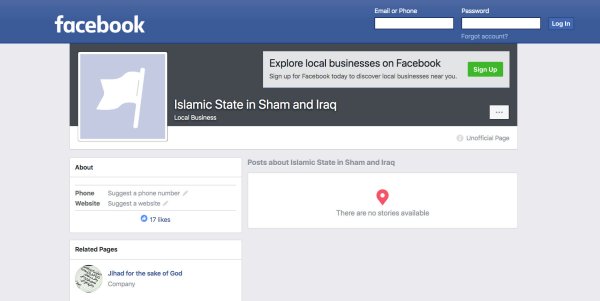