New Zealand Prime Minister Jacinda Ardern said that she does “not understand” why the United States has failed to change its gun laws in the aftermath of mass shootings.

Speaking with CNN’s Christiane Amanpour on Tuesday, Ardern noted that even though her county has a strong hunting culture and had “pretty permissive gun legislation,” most New Zealanders agreed after the Christchurch attack it was necessary to “draw the line.”

On April 10, less than a month after a white supremacist terrorist shot and killed 51 people at two mosques in Christchurch, New Zealand, the country’s parliament voted 119 to one to pass gun control legislation that banned most of the country’s automatic and semiautomatic weapons.

Ardern said while there is a “practical purpose and use for guns,” at the same time, “that does not mean you need access to military-style semiautomatic weapons and assault rifles. You do not. And New Zealanders by and large absolutely agreed with that position.”

She also compared New Zealand’s legislation to the laws passed in Australia in the aftermath of the 1996 Port Arthur shooting, in which a gunman murdered 35 people at a Tasmania tourist attraction. In both countries, Ardern said, single massacres were enough to galvanize the public to support gun control.

“Australia experienced a massacre and changed their laws. New Zealand had its experience and changed its laws. To be honest with you, I do not understand the United States,” Ardern said.

In 2019 alone, the United States has undergone 122 mass shootings according to the Gun Violence Archive, which defines a mass shooting as four or more people besides the shooter being killed or injured. Four of the five deadliest mass shootings in American history have taken place since 2012, including the Las Vegas Mandalay Bay Resort and Casino shooting of Oct. 1, 2017, in which 59 people were killed and more than 500 were injured.

In the aftermath of the shooting, Ardern has also established herself as a prominent advocate for combating violent extremism online. The Christchurch perpetrator live-streamed footage of the massacre, which was then disseminated countless times throughout social media.

Beginning on Wednesday, Ardern and French President Emmanuel Macron are hosting a summit that aims to curb terrorists’ use of social media. Tech giants will be asked to agree to a “Christchurch Call,” to more aggressively combat violent content, according to the New York Times. 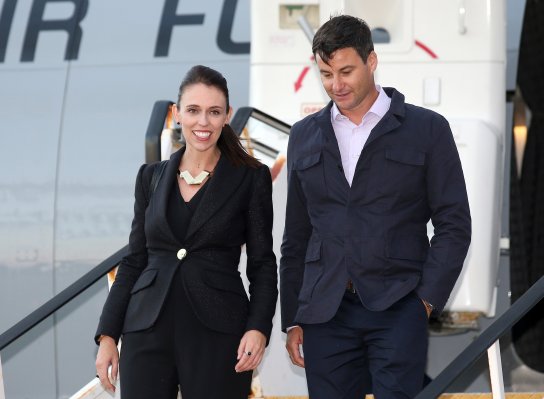