With only one episode to go until Game of Thrones‘ eighth and final season comes to a close, HBO is gearing up for the release of the two-hour Game of Thrones documentary that will air a week after the show’s finale.

Dubbed Game of Thrones: The Last Watch, the documentary is a behind-the-scenes look at the making of the final season of the show that has dominated the television landscape over the past decade. And judging by the trailer that HBO released on Monday, it promises to be an emotional watch for Thrones fans.

Along with a shot of Kit Harington, a.k.a. Jon Snow, tearing up as the significance of the occasion sinks in, the trailer features showrunner D.B. Weiss waxing poetic about the show’s end. “Here we are at the last table read,” Weiss says. “It’s like looking around and seeing your family.” (And, well, knowing a number of them will be deceased before things draw to a close.)

Our only complaint is that Harington wasn’t able to to dredge up some of those emotions when it came time for Jon to say goodbye to Ghost.

The Game of Thrones documentary will air on HBO at 9 p.m. EST on May 26. Watch the trailer above. 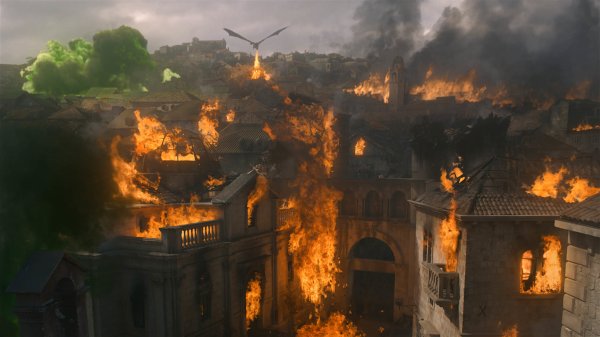 The Simpsons Predicted the Latest 'Game of Thrones' Surprise
Next Up: Editor's Pick