Philippines President Rodrigo Duterte appears set to consolidate his rule as early results from the country’s midterm elections showed his allies leading by a large margin, indicating that domestic support for his administration remains strong despite its bloody war on drugs that has left thousands dead and caused international condemnation.

With 94% of ballots counted, polling data sees Duterte’s allies — including his eldest son — poised to win nine of 12 open seats in the upper house, Agence France-Presse reports. The victory could potentially reverse the dynamics of the chamber, which has traditionally opposed some of the president’s most controversial campaigns.

More than 18,000 positions, including nearly 300 seats in the lower house, are also at stake.

Nearly 62 million Filipinos registered to vote in the elections widely seen as a crucial referendum on Duterte.

The former mayor was elected president in May 2016 after running on a campaign riddled with rape jokes, sexist comments and death threats. Delivering on his election promise of tackling drugs, Duterte has overseen a brutal police crackdown that has left more than 5,000 suspected dealers and users and dead, according to AFP. Human rights groups claim the toll exceeds 12,000.

He has also gone after his critics. Last year, opposition senator Antonio Trillanes, a vocal challenger of Duterte, was arrested after a weeks-long standoff in a move that human rights groups called a “relentless campaign” to silence critics. He told TIME in 2017 that he was the target of Duterte’s “political assassination.”

Official results from the country’s elections commission are expected later in the week. 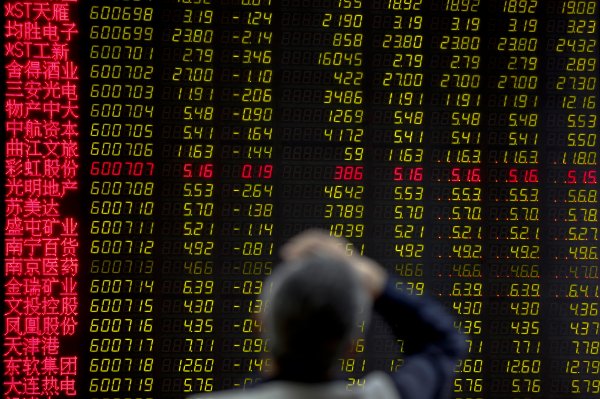 President Trump's Trade War With China Wiped $1 Trillion Off Global Markets in a Single Day
Next Up: Editor's Pick