The Moon Is Shrinking, and It's Causing Powerful 'Moonquakes'

The moon is getting smaller, which causes wrinkles in its surface and moonquakes, according to a new study.

As the moon’s interior cools, it shrinks, which causes its hard surface to crack and form fault lines, according to research sponsored by NASA. The moon has gotten about 150 feet skinnier over the last few hundred million years.

NASA posted a video on Twitter showing fault lines on the moon’s surface.

Astronauts have placed seismometers on the moon over a series of past missions. Scientists, who determined that the moonquakes are close enough to the fault lines to establish causality, published their analysis in a study in Nature Geoscience on Monday, according to NASA. The space agency has also recorded evidence of fault lines in a series of images.

Read More: Jeff Bezos Is Promising the Moon — But There Are Plenty of Reasons to Doubt Him

“Our analysis gives the first evidence that these faults are still active and likely producing moonquakes today as the Moon continues to gradually cool and shrink,” said Thomas Watters, lead author of the study and senior scientist in the Center for Earth and Planetary Studies at the Smithsonian’s National Air and Space Museum, according to a press release on NASA’s website.

Watters says that the quakes can be strong, around a five on the Richter scale, according to the NASA statement. 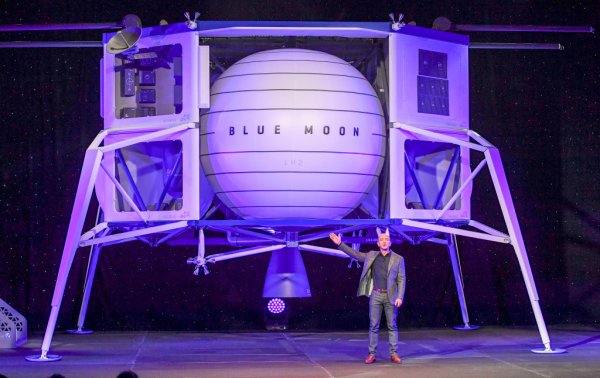