With American women increasingly delaying having children, fewer U.S. babies were born in 2018 than in any year since 1986, according to provisional data from the Centers for Disease Control and Prevention’s National Center for Health Statistics (NCHS).

About 3.7 million babies were born in the U.S. last year, 2% fewer than in 2017, according to the NCHS. Birth numbers fell across racial groups, with declines charted among white, black, Hispanic, Asian and American Indian women.

In 2018, the U.S. saw not only a 32-year low in total births, but also a record-setting dip in national fertility rates. Based on 2018 data, a group of 1,000 women would be expected to have 1,728 babies in their collective lifetimes, the data say—well below the 2,100 required to replace aging generations without accounting for immigration and emigration, according to the NCHS.

The report, however, deals only with a snapshot in time and may not represent “births foregone. It’s simply births that have been postponed,” says Brady Hamilton, a statistician demographer at the NCHS and lead author of the new report. “Women generally do have, in the end, two children”—they may just have them later in life than did women of previous generations.

In other words, the data don’t suggest that Americans are actually getting less fertile, biologically, says Hans-Peter Kohler, a sociology professor at the University at Pennsylvania who specializes in fertility and was not involved in the NCHS study. Instead, Kohler says, the declining birth rates seem to be driven mostly by sociological reasons, as couples choose to delay starting a family so they can stay in school or the workforce longer, either by choice or out of financial necessity. The NCHS’ latest numbers support that theory: Birth rates fell for younger age groups, but rose slightly for women ages 35 to 44.

Population replacement is an important marker of a country’s public and economic health. If the number of older adults dying and aging out of the labor market is far larger than the number of babies born to eventually take their place, a country’s economy and social services can become unsustainable. But compared to other countries of similar socioeconomic status, like Japan and many in Europe, Kohler says the U.S.’ birth rate is keeping relatively good pace with its rate of population aging.

“At the moment, there is no need to panic or see these trends as overly dramatic,” Kohler says.

In fact, some of the trends detailed in the NCHS report “are welcome news” for public health, Hamilton says, like the 7% decline in teen birth between 2017 and 2018—enough for the teen birth rate to hit a new record low, even after years of declines.

That’s good, of course, because most teenage pregnancies are “mistimed” or “unwanted,” Kohler says. He notes that the downturn in birth rates for teenagers likely reflects more widespread use of effective and long-lasting forms of contraception, perhaps due to expanded access under the Affordable Care Act. 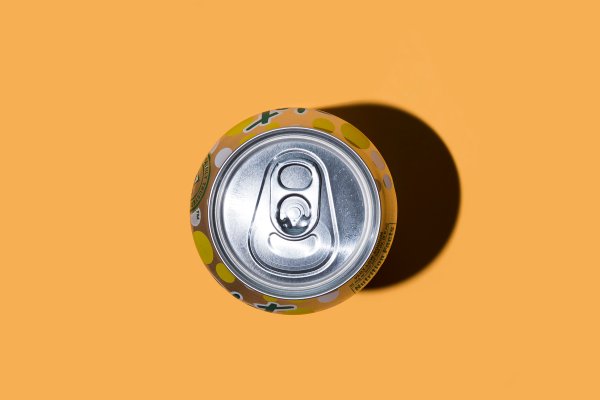 Soda Taxes Are a 'No-Brainer' for Public Health, Says the Author of a New Study on Them
Next Up: Editor's Pick