With just one episode of Game of Thrones left in the show’s eighth and final season, fans are making their final predictions on who lives, who dies and who will sit on the Seven Kingdoms’ hotly contested Iron Throne — and they’re putting their money down quite literally. (Let’s hope it’s a better investment than Cersei’s decision to shell out for the Golden Company.)

Paddy Power, an online betting site in the U.K., calculated the updated odds on a future ruler — or rulers! — of Westeros and survival rates for the rest of the Thrones cast following the penultimate episode. Things have certainly changed for Daenerys Targaryen, Mother of Dragons, following her fiery rampage at King’s Landing: she’s now by far the favorite to die according to popular opinion on Paddy Power, with 1/4 odds for her death, which comes to about 80%.

The final episode of Game of Thrones airs on HBO at 9 p.m. on May 19, at which point we’ll know which bets were dead on, and which were just dead. Because after all, when you play the game of thrones, you win or you die. 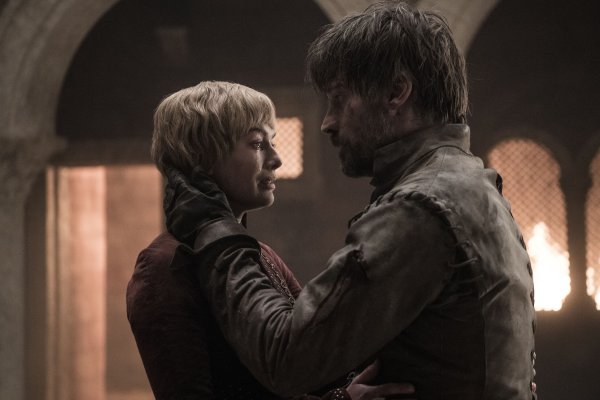 Lena Headey Says Last Night's Game of Thrones Was So Perfect for Cersei
Next Up: Editor's Pick