A pilot on a scheduled PSA Airlines flight from Louisville, Ky., to Charlotte, NC was arrested before take off on Saturday, and indicted on a 2015 triple murder.

Christian Richard Martin, a pilot for the American Airlines subsidiary, was arrested early Saturday morning at the Louisville International Airport and indicted by a grand jury for the murders of Calvin and Pamela Phillips and Edward Dansereau, according to the Kentucky Attorney General’s office. The United States Marshals Service, Christian County Sheriff’s Office and Louisville Metro Police all assisted in the arrest. Martin had been scheduled to fly as first officer later that day, according to NBC.

In November 2015, Calvin Phillips was found shot dead in his Pembroke, Ky., home. His wife Pamela Phillips and a neighbor Edward Dansereau were found dead in Mrs. Philips’s car, which had been torched and left in a corn field, according to the Attorney General’s office.

“We are overwhelmed with this positive step towards resolution for people we love dearly,” family members of the victims said, according to the attorney general’s office. “We look forward to justice in court, and we look forward to a verdict to bring an end to this terror, and a fresh start at healing.”

Martin has worked for PSA Airlines since January 2018, according to American Airlines. He has been placed on administrative suspension pending the outcome of the case. The airline also said that Martin had been subject to recurrent vetting and a criminal background check, which had not turned up anything that would disqualify him from working as a commercial pilot.

“We have an unwavering commitment to the safety and security of our customers and team members,” American Airlines told TIME in a statement. “We will provide any investigative assistance possible to law enforcement throughout their investigation.”

Passengers waiting to board the plane were reportedly shocked to hear the news.

“It was like something you would totally see in a movie,” said Ashley Martin (no relation to the suspect) who was waiting to board the fight according to WDRB.

“It was very tense,” Ashley Martin’s mother Frances Wise told WDRB. “I think it was very tense. You could tell the employees knew something was going on.” 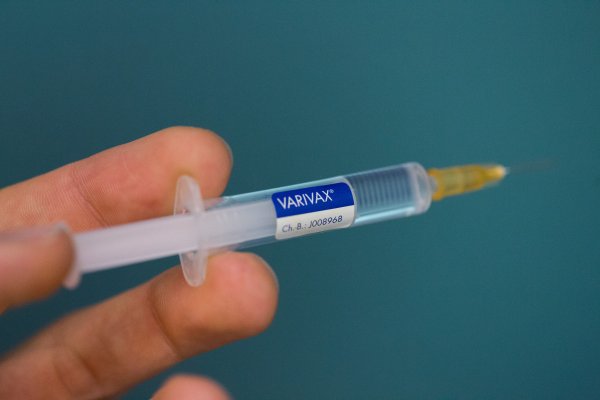 Teen Who Sued School for Requiring Vaccination Gets Chickenpox
Next Up: Editor's Pick