‘He Went Seeking Life But Found Death.’ How a Guatemalan Teen Fleeing Climate Change Ended Up Dying in a U.S. Detention Center

Tránsito Gutiérrez remembers her 16-year-old son telling her in April that there was no sign of rain. He had good reason to think so: the family, which lives in a small, remote subsistence farming community only accessible by a winding dirt road, had lost all of its maize and beans in 2017 and 2018 after an unusual drought. This year, experts predict similar conditions. Worried about another bad year, Juan de León Gutierrez decided his family could no longer rely on agriculture.

“What I want to do is leave,” he told his mom, who recalled the conversation with him in an interview with TIME at the family’s home. As she spoke, Juan’s younger siblings wandered in and out of the small house, which has adobe walls and a tin roof. The oldest, a 14-year-old boy, still had the frame of a child years younger, as does Juan in photos. Malnutrition often stunts the growth of children in their community of mainly indigenous Mayan Ch’orti’ in Guatemala’s Dry Corridor, a hot and arid area spanning parts of Honduras, El Salvador and Nicaragua that is home to more than 10.5 million people.

Juan spent most days toiling the fields with his father, tending the maize, beans, and coffee plants the family grew on their modest plot of land. His grandfather and great-grandfather had done the same. When the school year rolled around, he would often beg his mother to scrounge up the $130 needed to continue studying, a privilege his own parents never had. But this spring, Juan said he wanted to migrate to the U.S. to reunite with his 25-year-old brother in Miami, who has lived and worked there since 2011. She tried to convince him to stay, but eventually gave in, aware she could offer him little more. On April 4, with no clouds in sight, he left home with another friend and a coyote (a smuggler) who would guide them.

Fifteen days later, the teenager was apprehended by U.S. Border Patrol near El Paso after crossing the U.S.-Mexico border, according to a statement from Guatemala’s Foreign Ministry. He was transferred to a local hospital after a doctor at a government shelter noticed he was sick. AP reported that he was released and hospitalized again a day later. Doctors detected an infection in his brain known as Pott’s puffy tumor that could have been caused by an untreated sinus infection or head trauma. What caused Juan’s infection is still unknown. Doctors operated to try to save his life. On April 30, de León Gutiérrez died. “He went seeking life, but found death,” says his father, Tanerjo de León.

De León Gutiérrez is the third Guatemalan minor to die in U.S. custody in six months. In December, 7-year-old Jakelin Caal Maquin died from a bacterial infection hours after being taken in Border Patrol custody. Less than two weeks later, 8-year-old Felipe Gómez Alonzo died of flu complications after being apprehended by Border Patrol and transferred to a holding cell. The deaths sparked questions about the quality of medical care for migrant children in U.S. custody and the conditions in the facilities where they are held. After the deaths of Caal Maquin and Gómez Alonzo, Customs and Border Protection ordered mandatory medical checks for minors. Nevertheless, the Trump Administration continues to push Immigration and Customs Enforcement (ICE) to enact harsher policies. On May 5, President Donald Trump nominated immigration hardliner and former FBI agent Mark Morgan to lead ICE.

The deaths have also highlighted the reasons Guatemalans are leaving — and what could be done to help them stay. From October 2018 to April 2019, more than 165,000 Guatemalans were apprehended at the U.S southern border, a record-high number of apprehensions and roughly 1 percent of the country’s population. Guatemalans are now the group most frequently apprehended at the border, surpassing Mexico, a country with a population more than 7 times larger than Guatemala’s. There are many reasons for leaving, and poverty, corruption, violence, food insecurity and lack of economic opportunities all play a role.

In the Dry Corridor, in particular, climate change is a major driving force of migration. By 2050, climate change could displace as many as 140 million people in Latin America, sub-Saharan Africa and South Asia, according to the World Bank.

“Here we live [climate change] and every day we feel it more,” says Edwin Orellano, Municipal Monitor of the Secretariat of Food and Nutritional Security (SESAN), a Guatemalan government agency that coordinates responses to food insecurity.

In the past, farmers in the Dry Corridor waited for the first rain of the season, usually in early May, to plant their maize and beans. From May to October, rain usually came every few days. At the end of the season, they would have a full harvest.

But for the past five years, dry spells during the rainy season have lasted up to 60 days, causing crops to wither without constant watering. Scientists attribute this change in rainfall to El Niño, a weather phenomenon that disrupts normal rain patterns and is becoming more common because of climate change. The unpredictable weather has led 2.2 million people in the Dry Corridor to lose their crops. As of 2017, nearly 50 percent of families did not have enough food to support their families, the most ever reported, according to a study conducted by World Food Program. The study reported loss of crops and food insecurity as the main reasons Guatemalans from the Dry Corridor migrated to the United States.

Facing the possibility of another harvest season where his five younger siblings were forced to eat nothing more than tortillas with salt, De Léon chose to head north. Now, government institutions and internationally funded NGOs in Guatemala’s Dry Corridor are working to provide alternatives so that migrants like him won’t have to leave.

The family lives in a humble home in a small subsistence farming community in Guatemala's Dry Corridor.
Anna-Catherine Brigida

One such program, called Adelante or Moving Forward, focuses on developing long-term resilience in response to the new reality of the region’s climate. The program, implemented by international NGOs Catholic Relief Services and Caritas with USAID funding since June 2018, promotes crop substitution, improved soil and water management systems, and tools for financial development and independence.

But funding for the project now seems uncertain after Trump announced in March that he plans to cut aid to Guatemala, El Salvador, and Honduras for failing to prevent migrants from heading to the U.S. That announcement sparked concern among workers implementing the project, according to Adelante Project Coordinator Cesar Chacón. Ending the programs would only “aggravate” the conditions in the Dry Corridor, he says.

“If these programs are cut, there are going to be thousands of people who are not going to be participating and they’re not going to have any choice but to migrate because there is nothing to keep them where they are,” says Paul Townsend, in-country representative for Catholic Relief Services in Guatemala.

The future of these programs are in limbo as Trump waits congressional approval for the funding cuts. (The USAID office in Guatemala did not respond to a request for comment.) The U.S. Office of Refugee Resettlement is currently investigating the death of de León, but the circumstances surrounding his death remain unclear. Oregon Senator Jeff Merkley has called on the Department of Health and Human Services to investigate and report their findings to Congress on May 16.

Juan’s parents say they have never received economic support or food assistance from the government nor any NGO working in the region. “They promise one thing or another, but then once they get into office, then you don’t see them,” Gutiérrez says, sitting in a plastic chair at her home in 90-degree heat. They said they would benefit from some extra maize and beans to replace the harvest they lost.

“The Guatemalan government doesn’t have the capacity to ensure that these families survive,” says Orellano of SESAN, emphasizing the need for international help.

Juan’s parents continue to wait for their son’s body to be returned to Guatemala so they can finally try to put their son to rest. “We never imagined that something like this could happen to him,” his father says. “He was so young, just 16 years old, and we thought he would make it.”

After the news of Juan’s death, his parents say other young people thinking of migrating should stay put. But as long as climate change continues to make life more difficult in Guatemala’s Dry Corridor, many will continue to leave.

“Migrating is a necessity,” Gutiérrez says, comparing migration to a mango tree. Once one mango falls off, the others do as well. Once one young man migrates, many more follow. “I hope that God helps [these young migrants] and gives them strength so that what happened to my son doesn’t happen to them,” Gutiérrez says. 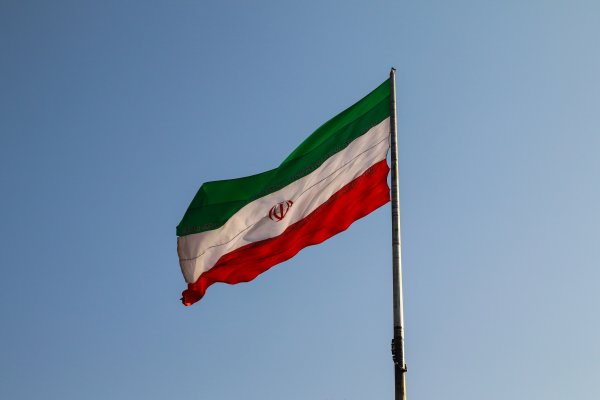