President Trump Insulted Pete Buttigieg With a 'Mad' Magazine Reference. Mayor Pete Might Be Too Young to Get It

When Trump came up with a new pet name for Pete Buttigieg, however, the South Bend mayor turned the joke back on the President.

The reference may have confused many younger voters, including the 37-year-old Buttigieg. He admitted to reporters on Friday that he didn’t get Trump’s joke.

“I’ll be honest: I had to Google that. I guess it’s a generational thing. I didn’t get the reference,” Buttigieg said. “It’s kind of funny, I guess. He’s also the President of the United States. I’m surprised he’s not spending more time trying to salvage this China deal.”

Known for his missing front tooth, large ears and goofy smile, Neuman is the fictional mascot of Mad magazine, which was founded in 1952 but peaked in popularity in the 1970s.

Buttigieg has frequently played up his youth throughout his campaign. He often says that he sometimes thinks about what the world will be like in the year 2054 – the year when he’ll be the same age as Trump.

While it’s too soon to predict if the nickname will stick to Buttigieg, Trump’s comment has already had one minor effect: Mad magazine was trending on Twitter Saturday. And Mad magazine played into the wave of attention, tweeting its own generational derision of Buttigieg on Saturday.

Trump, who most frequently talks about former Vice President Joe Biden and Sen. Bernie Sanders when mocking the Democrat candidates, has started to take notice of Buttigieg.

Speaking at a rally on Wednesday, Trump sarcastically said that Buttigieg has a “great chance.”

“You got a choice between Sleepy Joe and Crazy Bernie,” Trump said. “And I’ll take any of them. Let’s just pick somebody, please, and let’s start this thing.”

A CNN survey of Democratic voters conducted from April 25 to 28 showed that Buttigieg is now polling fourth among 2020 Democratic candidates.

When asked for a response to Trump’s rally comments on Thursday, Buttigieg responded, “You can’t get too worried about the name calling and the games he plays.”

He said that the situation made him think of a Chinese proverb. 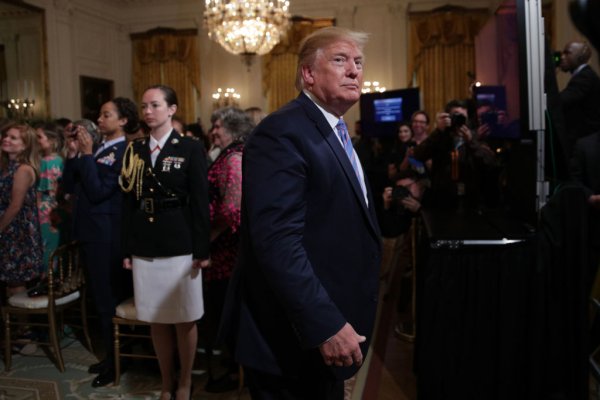