Rep. Ocasio-Cortez Becomes Youngest Woman Ever to Preside Over the House of Representatives

Rep. Alexandria Ocasio-Cortez quietly made history on Friday, becoming the youngest woman to ever preside over the House of Representatives.

The freshman congresswoman, a 29-year-old Democrat who represents New York’s 14th congressional district, took up Speaker Nancy Pelosi’s chair and ran the chamber for about an hour, Reuters reported. Members of Congress who temporarily preside over the House (called serving as the speaker “pro-tempore”) are expected to maintain order and decorum and ensure that the House rules are followed. Members of the House majority periodically take turns presiding over the chamber during day-to-day business.

On Friday, Ocasio-Cortez presided over a period known as “special orders,” a proceeding where individual congress members give speeches about a topic of their choice for up to 60 minutes.

Although the session wasn’t the most dramatic moment in congressional history, Ocasio-Cortez said that she still found it to be “exciting.”

“That was my first time presiding. And it’s exciting. It’s certainly a view. I wish we could, I wish we were allowed to take photos,” Ocasio-Cortez told reporters afterwards, according to Reuters.

She later tweeted that she was grateful to her congressional district, and said that she viewed her position in congress as a “sacred privilege + responsibility.”

Ocasio-Cortez has become a prominent voice for the party’s progressive contingent since she became the youngest woman elected to Congress last fall, and has become well-known for her social media presence. She has advocated for taxing the wealthy and pushed for aggressive measures to combat climate change. 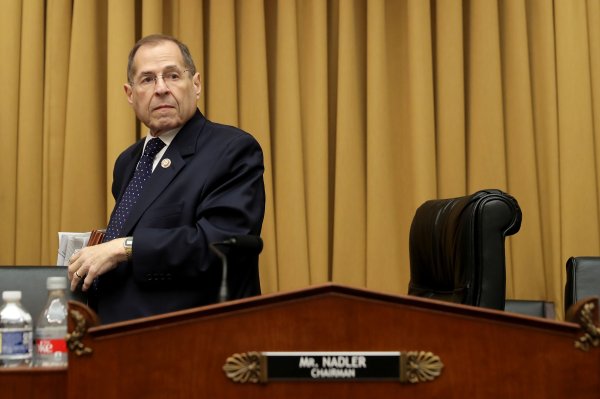 'We Are Now in a Constitutional Crisis'
Next Up: Editor's Pick