Ciara Is Criminally Underrated. Her New Album Should Change That

On her first album as an independent artist, Ciara moves beyond the floor fillers that made her a star
Sasha Samsonova
By Steven J. Horowitz

It’s been 15 years since the singer Ciara erupted onto the scene, making her mark with breathy vocals and limber dancing. The rapper Lil Jon declared her the “first lady of Crunk&B” for her dominance over the grooving, bass-heavy pop-R&B style that was popular in the mid-aughts. She wasn’t as vocally bombastic as Beyoncé, or as frank and eccentric as Lady Gaga, but she cornered her lane: shooting from the hip sonically while using her music as a gateway to put her full abilities on display as a performer, in creative music videos and electrifying live sets. It’s tempting to draw a parallel between the trajectory of her career and that of Janet Jackson, to whom she’s often compared–another artist whose creativity has earned her acclaim, if not always chart-topping hits.

Still, it’s been too easy to underestimate Ciara, who has worked tirelessly for all this time to prove just how worthy she is of estimation without so much as breaking a sweat. More recognized for her showmanship than her artistry, she still remains best known for turn-up anthems like “Goodies” and “1, 2 Step,” and she doubled down on that style on her last album, 2015’s Jackie. But when that album underperformed, she left her label, Epic Records; most of the attention was focused on her personal life, a public split from the rapper Future and her eventual pairing with her now husband, NFL quarterback Russell Wilson, with whom she’s since had a daughter. Her first album as an independent artist, Beauty Marks, sees her taking a step forward, and a closer look at herself. From an artist who has spent the lot of her career catering to the dance floor, her seventh offering is the closest we’ve come to understanding Ciara and the experiences that have walked her toward the woman she’s become.

Confidence is the mood on Beauty Marks: in one breath she’s vulnerable, inviting you into the specifics of her life, and in the next she’s assertive, thumping her chest to the same tempo of her classic hits. The chewiest songs tackle what happens off the dance floor, like the title track, a piano-driven testimonial about the healing power of her relationship with Wilson: “Baby when you take my hand, you show me that my scars are beauty marks,” she sings. It’s ultimately revisionist to the Ciara we’ve come to know, one who’s tended to hide behind an 808’s heartbeat. But it shows that even if the buoyancy of her records hasn’t changed, the perspective and scope have.

That expression permeates Beauty Marks, an album that balances what fans have come to expect–fervent, perspiring thumpers like the hustler manifesto “Set” and the effortless “Level Up”–with what we haven’t. The opener “I Love Myself,” featuring the rapper Macklemore, feels immediate and visceral, as if she’s singing it from her bedroom in Atlanta. “Gotta protect this precious life I got, the future by my side/ Be the last time that I cry these tears again,” she sings in a near whimper. (Macklemore’s painfully earnest verse is the album’s biggest misstep.)

There are times when the message gets lost in the medium. Her lyrics can feel like Instagram affirmations–like “Takin’ shortcuts get you cut short” or “I could smell your hate from ’bout a mile away/ You’re mad that I just won’t come down”–but that doesn’t distract from its broader successes. She’s comfortable in her womanhood and the power that comes with that: “Girl Gang,” featuring Kelly Rowland, is a champagne-spilling rallying call, and she freely admits the power that love can have over your better judgment on the ’80s-indebted paean to nostalgia “Trust Myself.” Happiness and contentment suit her well, as does her newfound openness. This is the Ciara that we deserve, and that she deserves too. Apparently it was hiding in plain sight. 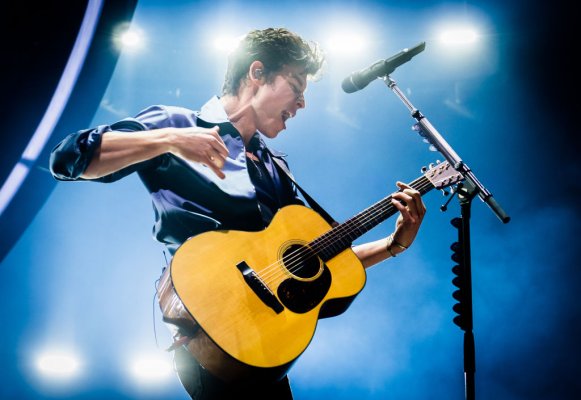