U.S. Halts Recovery of Remains of Missing Soldiers Amid Impasse With North Korea

A ceremony marking arrival of remains believed to be of U.S. service members who fell in the Korean War at Joint Base Pearl Harbor-Hickam, Hawaii on Aug. 1, 2018.
Susan Walsh—AP
By Amy Gunia

U.S. officials are pausing efforts to recover the remains of American solders who went missing in the Korean War, citing a lack of cooperation from North Korea after a failed summit between President Donald Trump and Kim Jung Un in late February.

“We have reached the point where we can no longer effectively plan, coordinate, and conduct field operations in the DPRK during this fiscal year,” the Department of Defense POW/MIA Accounting Agency (DPAA) said in a statement to NPR. The DPAA’s fiscal year ends at the end of September.

North Korea had been actively working with the U.S. on recovery efforts since U.S. President Donald Trump and North Korean leader Kim Jung Un discussed the topic at their historic first summit in Singapore last year. A week after the summit, North Korea handed over 55 boxes of remains to the U.N. But since Trump and Kim’s second summit in Hanoi ended abruptly with no deal, DPAA officials say their North Korean counterparts have stopped communicating, according to NPR.

The DPAA says they are now “assessing possible next steps in resuming communications,” for the 2020 fiscal year according to NPR.

The agency plans to shift gears and focus on identifying remains already in their possession. In 2019, remains of more than a dozen soldiers, most of which were found decades ago, have been identified, reports NPR.

Almost 7,700 soldiers were left unaccounted for after the Korean War, which lasted from 1950 to 1953, according to the DPAA’s website. Approximately 5,300 of those are estimated to be in North Korea.

Between 1990 and 2005, North Korea returned 229 caskets containing U.S. soldier remains. The remains of an additional seven soldiers were turned over in 2007. 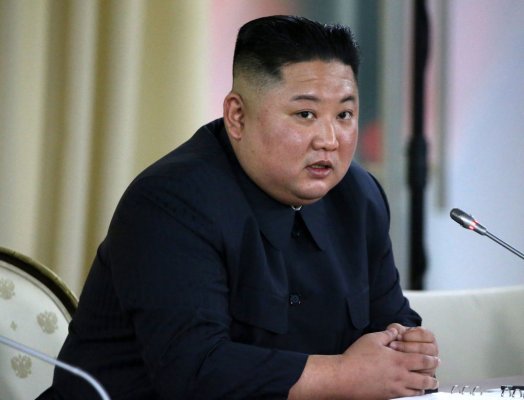