A Teenager Sued His School for Banning Unvaccinated Students. Now He Has Chickenpox

A Kentucky teenager who sued his school last month for banning unvaccinated students has come down with a case of chickenpox.

Jerome Kunkel, 18, took legal action against his high school after the Northern Kentucky Health Department said unvaccinated students had to stay at home amid an outbreak that left more than 32 students sick, according to the BBC. Kunkel, who is unvaccinated, was barred from playing basketball as part of the ban.

In April, a judge ruled against the teen, whose lawsuit argued that the vaccine is “immoral, illegal and sinful.” The teen’s father said that he opposed vaccinations because some are derived from cells from aborted fetuses, according to the BBC.

The Catholic Church issued a statement in 2017 saying that it is morally justifiable to use vaccines. Some vaccines are derived from two fetuses aborted in the 1960s.

The teen’s lawyer, Christopher Weist, said Kunkel started developing chickenpox symptoms last week, but he does not regret declining to be vaccinated, according to the BBC.

“These are deeply held religious beliefs, they’re sincerely held beliefs,” Wiest said, according to the BBC. “From their perspective, they always recognized they were running the risk of getting it, and they were OK with it.”

About 350,000 Americans get chickenpox — which causes fever and itchy rashes — every year. The illness was very common in the U.S. until the FDA first approved a vaccine for the highly-contagious disease in 1995. The Center for Disease Control estimates that each year vaccinations prevent 3.5 million cases and 100 deaths in the U.S. 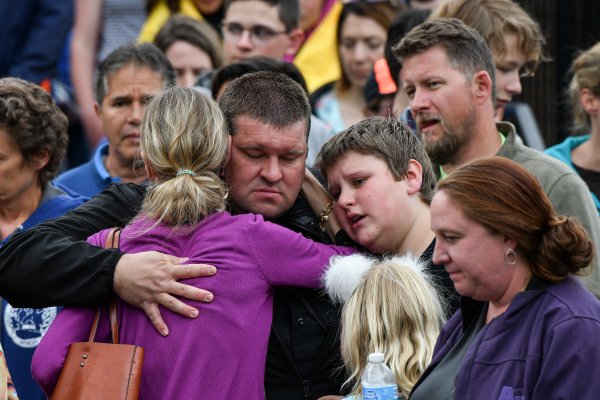 Sadness, Not Surprise After Colorado School Shooting
Next Up: Editor's Pick