The Economy Is Doing Well. That May Lead Trump to Escalate His Trade Fight With China Even More

Few presidents have bragged as much about the stock market as Donald Trump. From the early days of his Administration, Trump has sought to boost Wall Street and take credit for any gains in the Dow.

Now, as the President considers what would be his most significant escalation in trade tensions with China, experts say that he may be emboldened by the strength of the stock market, jobs numbers and other economic indicators.

“At least part of the story is that economic and market strength has reduced both sides incentives’ to compromise,” Bank of America Merrill Lynch wrote in a research note this week.

Trump’s latest threat to impose new tariffs on Chinese goods first came May 5 via Twitter and rattled observers who had expected positive news after weeks of what seemed like encouraging reports from the White House. The Administration said tariffs on $200 billion in goods increased from 10% to 25% just after midnight Friday when significant progress wasn’t made in trade talks.

The Chinese Commerce Ministry vowed to take “necessary countermeasures” to the increased duties, which came even as Chinese and American negotiators met in Washington Thursday.

The view that Trump is relying on the strength of the U.S. economy to outlast China in a trade war is shared by a range of banks and analysts and comes in large part from Trump’s own public remarks. The President has frequently cited the U.S. economy as a reason the country can endure a trade war. The U.S. experienced nearly 3% GDP growth last year while the Dow Jones Industrial Average, for instance, has expanded more than 30% since Trump took office. News last week that the U.S. unemployment rate fell to the lowest level since 1969 only bolsters the view of a strong economy.

“We could have made a quickie, but we’re in a very good position,” Trump said in April, one of several times he has touted the U.S. economy as leverage for a deal. “Our economy is way up. China is not way up.”

Trump has also referenced the economy in behind-the-scenes conversations with aides, pointing to its strength as evidence that they were wrong to condemn his trade policy from the start, according to a Republican official with knowledge of trade conversations.

While Chinese economic indicators can be less reliable than those in the U.S., the country’s economic growth slowed to the lowest level in nearly three decades last year, and some analysts believe the country could be facing an impending debt crisis that the country’s leaders would want to avoid at all costs.

Politically, the possibility of allowing for slower GDP growth to fight a trade war with China represents a gamble for Trump, but the risk may not be as dramatic as it seems at first glance. While members of Congress and business leaders have loudly decried a whole range of Trump’s trade moves, from threatening to pull out of NAFTA to leaving the Trans-Pacific Partnership, they have offered a more nuanced response to his aggressive stance on China, with Republican and Democrats alike condemning China’s trade practices.

Read More: Trump’s China Tariff Threat Could Be His Riskiest Trade Move Yet

At the heart of that dynamic is the deep frustration in many U.S. firms with China’s support for local industry, which they condemn as uncompetitive, and a lack of a protection for intellectual property, among a laundry list of other complaints. Myron Brilliant, head of international affairs at the U.S. Chamber of Commerce, described China’s trade policies as “a threat to our economy, to our competitiveness and to our global trading system” late last week while calling for a strong deal.

“The business community, because it’s disaffected from China, is not playing its traditional role of supporting efforts to have a constructive relationship with China or for a short-hand engagement,” says Susan Shirk, who served as Deputy Assistant Secretary of State during the Clinton Administration.

Trump’s recent threats have undoubtedly hurt the market with the Dow falling more than 2% this week and economists warning that U.S. consumers will pay if the tensions continue or escalate.

Still, the market fallout has been far from a free fall, with stocks at times regaining a significant share of their losses. That may be in part because many are still holding out for the possibility of a deal, probably not this week but perhaps sometime in the coming weeks or months, and it may also reflect that the market has already priced in the potential for new tariffs.

Regardless, a strong contingent among the President’s supporters in Washington remains insistent that no deal is better than a weak deal. And Trump is counting on that group to back his move.

With John Walcott in Washington 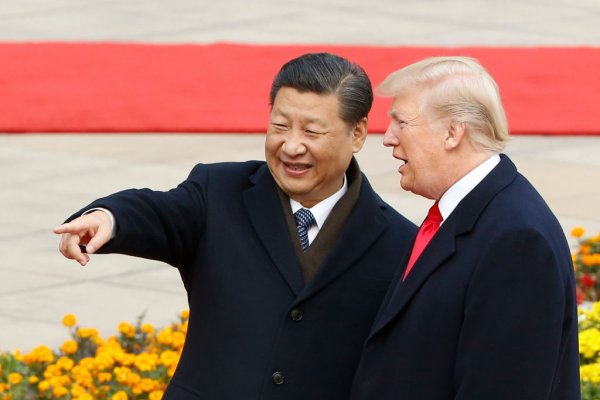 Trump's Latest Trade Threat Could Be His Riskiest Move Yet
Next Up: Editor's Pick