TIME recently challenged fans of the Marvel Universe to determine who they thought would triumph in a grand confrontation between 40 of the top heroes and villains in the gargantuan Avengers franchise, whose latest installment is Avengers: Endgame. Using a round-robin system of one-on-one face-offs, this age-old thought experiment eventually parsed down the comics pantheon to a ranked list of the top 10 strongest characters as judged by readers.

Based on over 500,000 choices TIME readers made — covering all 780 possible combinations of any two characters — we can report that the eponymous Captain Marvel is the most powerful force in the Marvel Universe. Of every character, only Captain Marvel won a majority of confrontations against every opponent, besting Thor, the second-ranked character, in 64.7% of their 1,633 face-offs. (We omitted Mad Titan Thanos because, armed with the Infinity Stones, it’s safe to say he’d trump all others.)

As a bonus, TIME’s contest allowed user’s to optionally expound upon their reasoning for any given duel. You can see the complete rankings and each character’s performance here, as well as the most detailed explanations that hundreds of readers offered:

In the close contest between Captain Marvel and Thor, for example, one reader chose the former but qualified that, as of the conclusion of the previous installment, Avengers: Infinity War, it’s a tough call:

This is just the sort of quandary that has occupied Marvel fans for decades. The comments frequently focused on the eternal contest of brains versus brawn, with a little cosmic magic thrown in to boot. Often, it was a particular ethereal material that tipped the scales, such as the fictional super-element “vibranium.” Between Spider-Man and Black Panther, for example, another reader wrote:

Reading through the comments, your correspondent couldn’t help but feel some sympathy for Nick Fury, ranked 38th. He’s a character who functions better behind the scenes or as a kind of Super Life Coach and, the consensus is, would rarely triumph without backup.

Which is to say, perhaps we can all be superheroes at something, even if we’re powerless against vibranium claws. 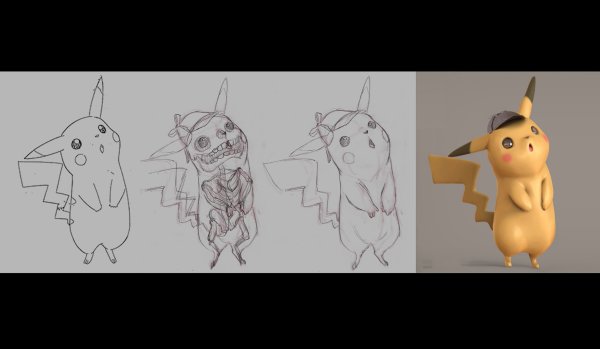 Here's How Detective Pikachu Brought Pokémon Into the Real World
Next Up: Editor's Pick