It’s been nearly eight seasons since we first saw Sandor “The Hound” Clegane and Gregor “The Mountain” Clegane draw swords on one another at the Tourney of the Hand in season 1 of Game of Thrones. That fight was stopped by King Robert Baratheon, but the bad blood between the brothers has only thickened since then. And in the fifth episode of Thrones‘ eighth season, the Hound finally got vengeance on the Mountain in a fight to the death that fans had been theorizing about for years, preemptively dubbing it “Cleganebowl.”

After convincing Arya to abandon her quest for revenge, the Hound found the Mountain escorting Cersei down to Maegor’s Holdfast. Cersei and Qyburn both ordered the Mountain to stay by her side, but the Mountain had other ideas, including killing Qyburn. The two brothers then viciously attacked each other.

The Mountain was clearly still stronger than the Hound, and because of his zombified state, managed to survive both a sword through the stomach and a dagger through the eye. However, after taking a beating that included a more mild version of the eye gouging that Oberyn Martell received from the Mountain in season 4, the Hound managed to tackle the Mountain through the crumbling Red Keep wall and the two both fell to their deaths.

As a reminder, the hatred between the brothers stemmed from a childhood incident in which the Mountain held the Hound’s face over flames, gruesomely burning him and giving him a debilitating fear of fire. “He pressed me to the fire like I was a nice juicy mutton chop,” the Hound told Arya in season 4. “Thought I stole one of his toys. I didn’t steal it, I was just playing with it. The pain was bad, the smell was worse. But the worst thing was that it was my brother who did it. And my father who protected him, told everyone my bedding caught fire.”

Hafþór Júlíus Björnsson and Pedro Pascal fight as The Mountain and Oberyn in Season 4 Episode 8 of Game of Thrones.
HBO

The Mountain had been guilty of numerous atrocities since that fateful day, and many fans had long been waiting for him to get his comeuppance. Before the events of the show began, he brutalized and murdered Elia Martell and her children, Rhaenys and Aegon Targaryen, during the Sack of King’s Landing. He later tortured and killed prisoners at Harrenhal, earning him one of the top spots on Arya’s kill list; horrifically crushed Oberyn’s skull with his bare hands; and, after being turned into a zombified version of himself by Qyburn, beheaded Missandei.

When the Hound and the Mountain came face to face during the Dragonpit summit in the season 7 finale, the Hound warned his brother that he would be back to deal with the unfinished business between them. “You know who’s coming for you,” he told him. “You’ve always known.”

And although he had to sacrifice himself in the process, the Hound made sure to keep his promise. 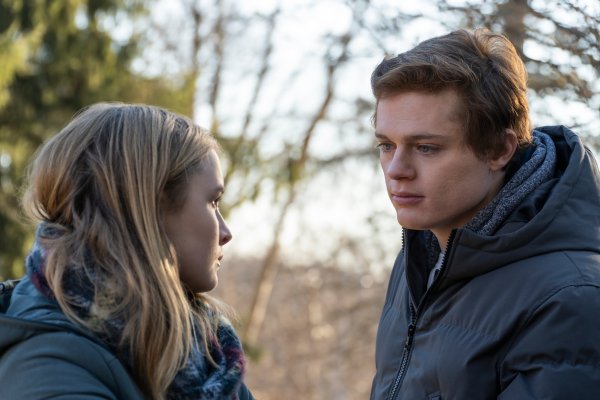 The Society's Sean Berdy on ASL Representation, Teen Activism and His Buzzy New Netflix Drama
Next Up: Editor's Pick