Family members of Robert F. Kennedy Jr. have slammed his stance against vaccines, calling his views “tragically wrong” in a new op-ed.

“We love Bobby. He is one of the great champions of the environment,” two of Kennedy’s siblings, Kathleen Kennedy Townsend and Joseph P. Kennedy II, and niece Maeve Kennedy McKean wrote in Politico. “We stand behind him in his ongoing fight to protect our environment. However, on vaccines he is wrong.”

Citing the current outbreak of measles this year, both in the U.S. and worldwide, the family lambasted Kennedy, who works as an environmental lawyer and has been an outspoken advocate against mandatory vaccinations for years. He recently lent his public support to a legal challenge of a New York City mandate aimed at forcing Brooklyn residents within four zip codes to get vaccinated against measles if they had not already done so.

“We are confident that no American court will allow government bureaucrats to force American citizens to take risky pharmaceutical products against their will,” Kennedy said in a statement on behalf of Children’s Health Defense, an organization he leads that promotes vaccine skepticism and has linked the rise of certain chronic health problems that start in childhood, such as autism and diabetes, to vaccines.

In 2017, Kennedy joined actor Robert De Niro to hold a press conference in which they offered $100,000 to anyone who can prove the safety of vaccines — despite already-existing strong scientific evidence that vaccines pose no long-term health risks.

Kennedy did not immediately respond to a request for comment.

Measles cases in the U.S. hit their highest annual level in 25 years in 2019, according to the Centers for Disease Control and Prevention. As of May 3, the agency has confirmed 764 cases of measles in the country. The outbreaks have been largely attributed to the spread of lies about vaccine safety, along with state exemptions allowing parents to opt out of vaccinations for their children for religious, personal or philosophical reasons. The World Health Organization has listed vaccine hesitancy as one of the top 10 threats to global health in 2019.

Kennedy has had tremendous influence in the efforts to sow doubts over vaccines, according to his family.

“He is part of this campaign to attack the institutions committed to reducing the tragedy of preventable infectious diseases,” they wrote. “He has helped to spread dangerous misinformation over social media and is complicit in sowing distrust of the science behind vaccines.”

“On this issue, Bobby is an outlier in the Kennedy family,” they wrote. 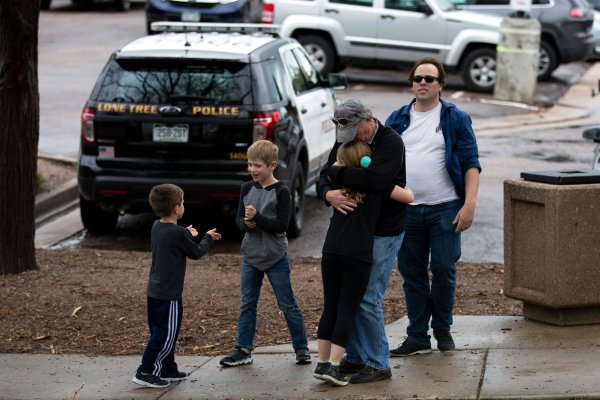 'Here We Are Again'
Next Up: Editor's Pick