Psychedelic drugs like psilocybin, the psychoactive chemical in “magic mushrooms,” are inching closer to mainstream medical and research use — and unofficial final election results out of Denver suggest at least some Americans are ready to embrace legal measures that could eventually pave the way for that kind of study.

A measure on a May 7 Denver ballot appears to have made the Colorado city the first in the nation to effectively decriminalize personal possession and consumption of psilocybin mushrooms, which can cause hallucinations and spiritual or emotional experiences. Though city lawmakers opposed the measure, Denver residents on Tuesday very narrowly voted it in. The measure appeared to be defeated on the night of the ballot. However, by Wednesday night final, though unofficial, results show about 50.6% of voters approved the measure.

A similar effort in California stalled before reaching the 2018 ballot, and organizers in Oregon are trying to get a magic mushroom measure on the ballot there in 2020. The results in Denver suggest that voters might be warming to legalizing psychedelic drugs, just as legalization of recreational and medicinal marijuana has become increasingly common.

Denver voters’ decision runs counter to some prior research. A 2016 poll from Vox and Morning Consult found that only 22% of surveyed registered voters supported decriminalizing magic mushrooms, for example.

But at the same time, in a 2017 poll from market-research firm YouGov, 53% of respondents said they support medical research into psychedelics such as mushrooms and ketamine, and 63% said they would be personally open to incorporating them into medical treatment, if the medical community had deemed them safe.

Researchers have been interested in medicinal uses of psilocybin for decades, but the movement has gained significant traction in recent years. Promising preliminary research suggests the hallucinogen could be used to treat mental health conditions including depression and anxiety, perhaps because it can activate and alter parts of the brain involved in regulating mood. Psilocybin mushrooms have even shown promise for helping with smoking cessation.

The results are compelling enough, and the rates of abuse low enough, that in 2018, researchers from Johns Hopkins wrote a paper arguing that psilocybin should be reclassified from a schedule I drug to a schedule IV drug, as long as it clears clinical trials in the coming years. The Drug Enforcement Administration considers schedule I drugs, like heroin, to have high potential for abuse and no accepted medical purpose, while defining schedule IV drugs, like sleeping pills, as those with a low risk of abuse or dependence.

The Food and Drug Administration has approved some trials involving psilocybin, and in 2018, based on preliminary evidence, it granted a “Breakthrough Therapy” designation to Compass Pathways’ lab-made psilocybin for therapy for treatment-resistant depression.

Rescheduling the drug would make it significantly easier for more researchers to study and potentially develop treatments that include it, since they would require fewer licenses and permissions to examine it in the lab. Marijuana’s current status as a schedule I drug has contributed to the dearth of research about its health effects, experts say, and researchers say the same is true of psychedelics.

Even though Denver’s ballot measure appears to have passed, at this point it has no effect on federal drug scheduling. (Nor does it outright legalize recreational use of magic mushrooms in Denver — it would only have made psilocybin use and possession the lowest priority for law enforcement officials.) 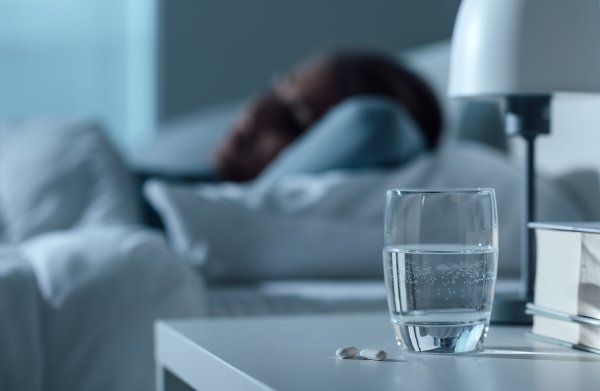 Are Sleeping Pills Safe? Here's What Research Says
Next Up: Editor's Pick