A general manager of Alarab TV, Jamal Khashoggi, looks on during a press conference in the Bahraini capital Manama, on December 15, 2014.
MOHAMMED AL-SHAIKH—AFP/Getty Images
By Josh Meyer

The CIA and foreign security services are warning friends and colleagues of Jamal Khashoggi that their efforts to continue the pro-democracy work of the slain Saudi journalist has made them and their families the targets of potential retaliation from Saudi Arabia, according to individuals appraised of the threats and security sources in two countries.

Three of those who were given security briefings in recent weeks––democracy advocates Iyad El-Baghdadi of Oslo, Norway; Omar Abdulaziz of Montreal, Canada; and a person in the U.S. who asked not to be named––were working closely with Khashoggi on politically sensitive media and human rights projects at the time of his killing inside a Saudi diplomatic facility in Turkey last October. Based on the security briefings, the advocates say they have been targeted because they have become especially vocal and influential critics of Saudi Crown Prince Mohammed bin Salman, accusing him of ordering Khashoggi’s murder as part of a broader crackdown on Saudi dissidents worldwide.

The CIA was the source of the threat warning, according to an overseas intelligence official, Baghdadi and others involved with the briefings. A CIA spokesperson declined to comment, but the agency has a legal “duty to warn” potential victims of specific threats including murder, kidnapping and serious bodily harm, according to a 2015 directive signed by the Director of National Intelligence. After Khashoggi was killed, the CIA faced criticism for failing to warn him after reportedly learning that the Crown Prince, known as MBS, had issued an earlier order to capture the journalist, who wrote opinion columns for the Washington Post. The CIA later assessed with “medium-to-high confidence” that the Crown Prince ordered his death.

The nature of the new threat was not specified. Neither Baghdadi nor Abdulaziz were told that they or their families were in physical danger, either now or in the future, according to people familiar with briefings. But Baghdadi said he was instructed to take a wide range of precautions, including preventive measures to make it harder to hack their electronic devices in order to leak and weaponize the information against them. That tactic was used by Saudi Arabia against Abdulaziz, who is suing an Israeli security company, NSO Group, for selling Saudi Arabia the malware that compromised his cell phone, a breach documented by the University of Toronto watchdog Citizenlab.

Iyad El-Baghdadi, Arab Spring activist and one of the leading voices on Islamic libertarianism, speaks at the panel discussion on Islam and Liberty at the 2017 Oslo Freedom Forum on May 21, 2017.
NurPhoto—NurPhoto via Getty Images

The advocates were also advised to avoid travel to a wide swath of countries in Europe and Asia where Saudi Arabia has particular influence, and to move family members out of at least one particular country, Malaysia.

The three men whose warnings were confirmed to TIME all work to influence public opinion both about and within Saudi Arabia, an arena that MBS has aggressively sought to control.

Palestinian-born Baghdadi is renowned for his activism in the Arab Spring. He was granted political asylum in 2015 to Norway, where he edits the website Arab Tyrant Manual and has been working with investigators hired by Amazon billionaire Jeff Bezos, who owns the Post, to probe Saudi Arabia’s suspected role in a breach of Bezos’ cell phone. (The investigators concluded it did.)

Abdulaziz is a Saudi dissident who was granted asylum in Canada. He has so substantial a following on Twitter that a McKinsey & Company report concluded that in 2015 he was one of the three people driving the conversation about a Saudi policy on the platform, which carries great weight in the kingdom. In 2017 Abdulaziz and Khashoggi collaborated on an effort to secretly undermine the Saudi crown’s grip on Twitter. Dubbed “cyber bees”, it involved providing foreign SIM cards to Saudi dissidents to post tweets without being tracked by the state.

The third advocate resides in the U.S. and, like Baghdadi and Abdulaziz, worked closely with Khashoggi on projects that focused on providing more transparency in the Arab media and on social media platforms.

Each of the men redoubled those efforts after Khashoggi’s death, using projects that the journalist had been working on to try and hold the government of Saudi Arabia, and the Crown Prince himself, accountable for his death.

Agents from the Norwegian Police Security Service, or PST, first approached Baghdadi on April 25 at his home and took him to a secure location for a two-hour briefing, Baghdadi says. That warning, first reported by the Guardian, came about the same time as the warnings to Abdulaziz and the U.S.-based advocate, which have not been previously reported.

“They did not describe the nature of the threat except to say that I had crosshairs on my back, that I shouldn’t travel and that I should warn my family immediately,” Baghdadi tells TIME. “But my entire conversation with the PST from beginning to end was about the Saudis. And from the initial moment on, the fact the Norwegians have taken it so seriously is that it was the CIA” that passed along the threat information.

Abdulaziz, who has permanent resident status in Canada, told TIME he could not comment on his situation on orders from authorities there. Friends and associates, however, confirmed that Canadian security officials visited Abdulaziz at his Montreal home recently and provided a similar threat briefing, prompting him to go into hiding for at least several days.

“You can say that the Canadian authorities are taking care of the situation,” said one person familiar with Abdulaziz’s situation.

The U.S.-based associate of Khashoggi is also a pro-democracy advocate. He said his warning came from a U.S. security official who advised him not to undertake planned imminent business trips to Tunisia, Greece, Cyprus and several other countries because “there is chatter with your name on it, from the Saudis.”

The recent threat warnings coincide with a flurry of violent, repressive activity in Saudi Arabia after a brief charm offensive by MBS that Saudi watchers said was aimed at bolstering his support in Washington and other Western capitals. He retains the support of President Donald Trump who, arguing that arm sales to Saudi Arabia are more important, has discounted the CIA report on Khashoggi’s death, and in April vetoed a bill that would have cut off U.S. assistance to the Saudi-led war in Yemen.

The embassy of Saudi Arabia did not return calls requesting comment. Canadian officials in Washington declined to comment on Abdulaziz’s case. As for Baghdadi’s briefing, Annett Aamodt, senior advisor to the Norwegian Police Security Service, said, “The PST is not in a position to comment on contact we have with individuals or assessments we do around the security of individuals.”

One indication of how seriously Norway is taking the case is the involvement of the PST. Most threats against individuals are handled by local police, while the PST handles those rare cases in which people granted political asylum, like Baghdadi, are threatened by a foreign government with hostile intent, according to a source familiar with its operations.

Baghdadi said that while he was alarmed by his initial visit from the PST, he wasn’t completely surprised. In an interview the day before its plainclothes agents knocked on his door, he told TIME that Saudi insiders had warned him that MBS had become particularly enraged by his public criticism and that he had passed that information along to the PST.

“The reason I was told is that [MBS believes] I’m hurting his reputation internationally, within the English language public sphere just as Khashoggi had been,” he said at the time. “I was warned that they have their eyes on you.”

The next day, Baghdadi sent TIME an encrypted message saying only that, “Police showed up at my house and took me in for protection, there’s been a threat. I’ll be in touch as soon as I can. Keep private.” Baghdadi went into hiding, and after surfacing lifted his request for discretion and described to TIME how two PST officers flashed badges and told him he needed to go with them immediately to a secure and sound-proofed facility to discuss an urgent and sensitive matter. They also said another team of security officials was trailing in a second car “to make sure that no one was following us.”

Baghdadi, who has had subsequent briefings by Norwegian authorities, also believes he has been targeted because he and other activists have been quietly investigating efforts by MBS to silence critics through an escalating campaign of murder, blackmail and coordinated online smear tactics. Part of that effort became public in February when Baghdadi wrote a Daily Beast column disclosing how MBS was behind a smear campaign against Bezos in retaliation for the Post’s aggressive coverage of the killing of its columnist Khashoggi.

In his article, Baghdadi (who said he has no financial or contractual relationship with the billionaire), described how he and members of Bezos’ security team have been investigating MBS for possible connections to an effort by the National Enquirer tabloid to blackmail Bezos with publication of graphic “below the belt” message exchanges. Although much of that investigative work remains secret, Baghdadi told TIME that he understands he and his family have been targeted because the activists have shared their findings with Twitter executives in an effort to shut down abuse on the platform by an online army of trolls controlled by MBS.

Over the past few days, several dozen Saudis have been arrested and “severely tortured,” Abdulaziz said. “And you can also see that Saudi trolls on social media are attacking Saudi dissidents and threatening them.”

“I can confirm that the machine is still working,” he said, of the Saudi efforts to suppress free debate and punish dissenters. “The machine never stopped.”

The original version of this story misstated the name of a country in the eastern Mediterranean. It is Cyprus, not Cypress.

This story has been updated to remove a sentence which indicated Omar Abdulaziz confirmed to TIME that he received a warning from intelligence officials. As the original story said, Abdulaziz told TIME he could not comment on his situation on orders from authorities in Canada, and the warning to him was confirmed to TIME by friends and associates of Abdulaziz. 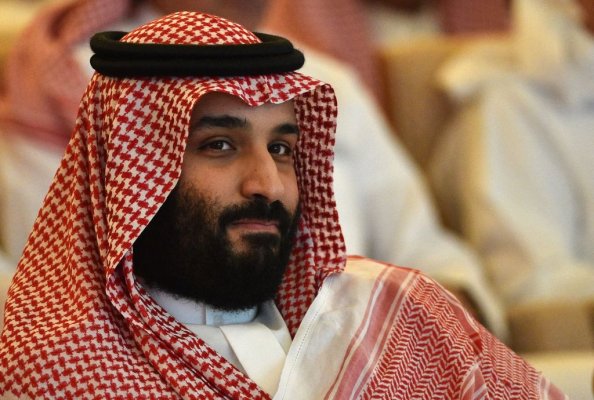