According to the latest numbers, roughly 9 million Americans — 4% of U.S. adults — use prescription sleep aids, or medications that can help with insomnia and other sleep issues. And now, some of the most popular prescription sleep drugs must carry stronger safety warnings.

In April, the Food and Drug Administration (FDA) mandated black-box warnings — which the agency uses to “call attention to serious or life-threatening risks” — on three sedative-hypnotic sleep aids: eszopiclone (often sold under the brand name Lunesta), zaleplon (Sonata) and zolpidem (Ambien). Hypnotic drugs, which are used to prompt or maintain sleep, have been connected to 20 reported deaths and 46 non-fatal but serious injuries, according to the FDA.

Injuries included accidental overdoses, falls and near-drownings, while deaths were caused by carbon monoxide poisoning, hypothermia, car accidents, apparent suicide and more, the FDA said. “While these incidents are rare, they are serious and it’s important that patients and health care professionals are aware of the risk,” acting FDA Commissioner Dr. Ned Sharpless said in a statement.

Here’s what the research says about the safety — and potential dangers — of prescription sleep aids.

Sleeping pills have well-documented side effects

The side effects of sleeping pills vary by medication, but they can include dizziness, headache, gastrointestinal issues, prolonged drowsiness, allergic reactions, memory problems and performing daily activities while partially asleep, according to the Mayo Clinic. Case studies, including one published in 2017 and another in 2013, have also linked using zolpidem to suicidal behavior, potentially even during sleep. Alcohol or other prescription drugs can also interact poorly with sleeping pills, potentially leading to more side effects or complications.

While most people who take prescription sleeping pills do not experience major issues, the FDA has been concerned about their side effects for years. In 2013, it recommended lower bedtime doses of zolpidem in an effort to cut down on issues like next-morning drowsiness (which can contribute to car accidents and more). That announcement did not specifically address dangerous mid-sleep behaviors, which reports say have included driving, using the stove and even committing crimes or acting violently. (Blaming illegal or erratic behavior on sleep drugs is often called the “Ambien defense,” which was memorably used by comedian Roseanne Barr after she posted a racist tweet in 2018.)

Sleep drugs have been linked to life-threatening conditions

A 2012 study linked the use of hypnotic sleep aids — including zolpidem, eszopiclone, zaleplon and others — to a higher risk of early death, even if people were prescribed fewer than 18 pills a year. People who were prescribed the most hypnotics were 35% more likely than people who didn’t use them to develop a new cancer after about 2.5 years of follow-up, the researchers found.

The study only showed associations, not cause and effect. But it bolstered the idea that people should avoid taking sleep aids every night or for prolonged periods of time, if possible. A 2018 research review also concluded that “hypnotics are related to serious illnesses and premature deaths from cancer, serious infections [most commonly of the upper-respiratory system], mood disorders, accidental injuries, suicides and homicides.”

Sleeping pills may be habit-forming

The authors of one paper published in 2001 warned that “any agent used to induce sleep can result in a dependence on that agent to induce sleep,” potentially making it difficult to drift off without medication or requiring a higher dose to achieve the same effects. Some users may even experience withdrawal if they stop taking sleep drugs, according to the Addiction Center. (Over-the-counter aids like melatonin and those containing diphenhydramine, like Benadryl, can come with similar risks, according to Consumer Reports.) This risk is particularly high for people who use sleeping pills every night, which further underscores that occasional use is preferable to nightly consumption.

But it’s possible to take them responsibly

While it’s impossible to definitively say who will experience side effects after taking sleep aids, there are ways to reduce the risk. People should learn the possible side effects and medication interactions before starting a new drug and follow their doctor’s instructions when taking sleep aids. The Mayo Clinic also recommends not mixing alcohol with sleep drugs and only taking them just before a full night of sleep to reduce the risk of side effects and dangerous behavior.

And instead of depending on sleep aids, people should try to address underlying stressors or health issues that may be contributing to sleep disorders. For better sleep, experts recommend minimizing screen and technology use at night, sleeping and waking at the same time every day and practicing relaxing behaviors, like reading or journaling, before bed. 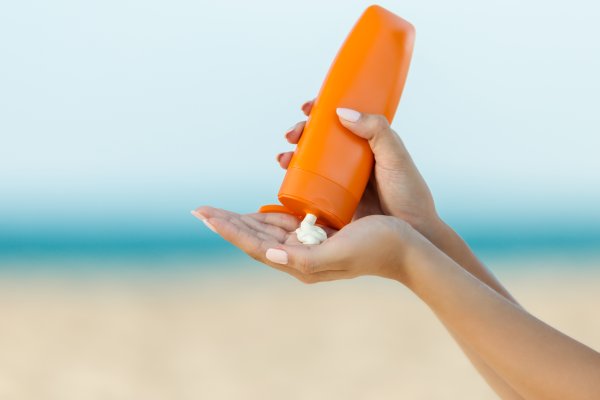