'The Word Is Camp': What to Know About the Inspiration for This Year’s Met Gala, as Explained in 1964

The annual benefit for the Metropolitan Museum of Art’s Costume Institute is as high-fashion as fashion gets — but this year’s Met Gala, on Monday night, will bring a heavy dose of low culture to the red carpet. After all, the gala’s theme celebrates the opening of its exhibition Camp: Notes on Fashion, and that interaction of high and low is key to camp’s spirit.

While the origins of camp can be traced back to the reign of the French King Louis XIV, the inspiration for this show is much more recent. The modern camp aesthetic was solidified in the 1964 Partisan Review essay “Notes on ‘Camp'” by the American critic Susan Sontag.

The essay first appeared that fall, and didn’t take long to grab mainstream attention. Case in point: That December, TIME’s “Modern Living” section explained to readers why everyone was suddenly talking about camp:

The essay launched Sontag’s career as a literary critic, in which “she argued for a more sensuous, less intellectual approach to art,” TIME noted in her obituary, when she died in 2004 at the age of 71. “It was an irony lost on no one, except perhaps her, that she made those arguments in paragraphs that were marvels of strenuous intellection.”

“Notes on ‘Camp'” not only launched her career, but also it launched a new way of thinking. It fit right in with the spirit of the ’60s, an era known for new ideas and the breaking down of taboos. As TIME noted in 1964, when it came to camp, this phenomenon was particularly true in terms of sexuality. Camp was not gender or sexuality specific, Sontag argued, but the aesthetic had been embraced by the LGBTQ community as a way to “neutralize moral indignation” by promoting a playful approach to that which others took seriously.

Which was not to say Sontag didn’t take camp seriously.

“Seriousness was one of Sontag’s lifelong watchwords, but what she sometimes dared to take seriously were matters that educated opinion, as it emerged from the cramped quarters of the 1950s, dismissed as trivia,” TIME wrote in her obituary. “At a time when the barriers between high-and lowbrow were absolute, she argued for a genuine openness to the pleasures of pop culture.”

At the time, however, some were worried that coverage in a mainstream publication like TIME would spell the closing of camp’s fun. “By publishing your recent analysis of ‘Camp,’ you have ensured that Camp will no longer be Camp, if you see what I mean,” one reader argued in a letter to the editor, while another argued that “‘Camp’ is here to stay.” Fifty-five years later, on camp’s big night, it’s clear that the latter was right. 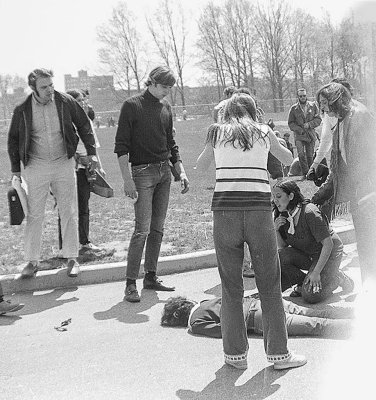