Sunscreen Ingredients Are Absorbed Into Your Blood. Here's What That Could Mean

Doctors and public health officials have long recommended that people use sunscreen to protect against the sun’s ultraviolet rays. But how safe are the sunscreens that so many people now use regularly?

For many years, the Food and Drug Administration has been investigating the safety of over-the-counter sunscreen products, since people are applying them more frequently, and sunscreen makers are increasingly using stronger ingredients to ensure maximal protection from the sun. “When sunscreens were first evaluated by the FDA back in the ’70s, we all thought the ingredients sat on the surface of the skin and didn’t do anything,” says Dr. Theresa Michele, director of the division of nonprescription drug products in the office of new drugs at the Center for Drug Evaluation Research at the FDA. “But we’ve learned over the years that’s not actually the case, so we started looking at them more closely.”

In a small new pilot study published in JAMA, Michele and other researchers found that some of the active ingredients in sunscreen are absorbed into the body and into the bloodstream.

“It’s not normally the FDA’s purview to provide data,” Michele says, “but we considered this so important that we did go out and do a pilot study to jump start [research] on this.”

In the study, each of 24 people were asked to wear different formulations — a spray, a lotion or a cream — of commercially available sunscreens for four days, and the same amount was applied over 75% of each volunteer’s body surface four times a day. (That’s the maximum dose recommend by most sunscreen manufacturers, who advise reapplying sunscreen every two hours.) Throughout the study period, the researchers took blood samples from the participants — 30 samples per person overall — to look for four common active ingredients which are used in different combinations in sunscreens: avobenzone, oxybenzone, octocrylene and ecamsule.

They found all four of the ingredients are absorbed into the blood at levels that the agency says is worth testing further for possible cancer risk.

“This supports the need for further studies to understand the clinical significance of this,” says Dr. David Strauss, director of the division of applied regulatory science at the Center for Drug Evaluation Research at the FDA and another of the study’s co-authors. “We really have a paucity of data on whether there are adverse health effects of these ingredients or not.”

Each of the four ingredients appeared at levels greater than 0.5 nanogram per mL of blood, which is the level that the International Council for Harmonization, a group of regulatory authorities that looks at scientific and technical issues involving registration of drugs, determined could be linked to higher cancer risk in animal studies.

The purpose of the current study was to establish whether the active ingredients in sunscreens were absorbed into the blood; other studies need to figure out whether the compounds have any effect of people’s health at those levels. “These results mean sunscreens don’t get a get-out-of-jail-free card [because they are used on the skin,]” says Strauss. “They have to be studied like any other drug.”

In February, the FDA updated a proposed rule that would strengthen regulatory requirements for sunscreens sold in the U.S., which includes better understanding of the safety of active ingredients and their potential health effects. “Since the initial evaluation of these products, we know much more about the effects of the sun and about sunscreen’s absorption through the skin,” Dr. Scott Gottlieb, who was then commissioner of the FDA, wrote about the update. “At the same time, sunscreen formulations have evolved as companies innovated.” In its proposed revision, the agency says that of the 16 active ingredients in sunscreens, two — PABA and trolamine salicylate — are not considered safe and effective due to safety concerns from animal studies and other research. These are generally no longer found in popular sunscreens. Two other ingredients, zinc oxide and titanium dioxide, are considered safe and effective, but for 12 of the ingredients, including three included in the current study (avobenzone, oxybenzone and octocrylene), there is not enough data to determine whether or not they are safe and effective. (There is also insufficient data on the safety of ecamsule, the other ingredient in the current study. In 2015, the agency proposed to classify it as generally not safe and effective since in some cases, it was misbranded in over-the-counter sunscreens.)

In the meantime, Strauss and Michele say that people should continue using sunscreens, since they are a good way to protect skin from the sun’s UV rays. “It’s still very reasonable to wear sunscreen while we are gathering data,” says Michele. “We know there are public health benefits for using sunscreens.” However, for those concerned about the still incomplete data on their safety, they say there are other ways to avoid damaging sun exposure, like staying out of the sun during peak hours between 10 a.m. to 2 p.m. and wearing protective clothing, as well as hats and sunglasses. 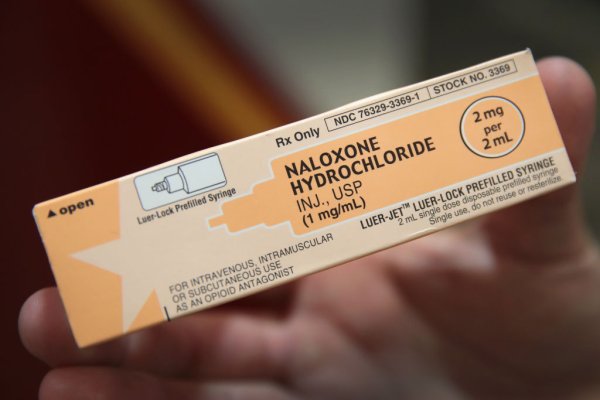