The final scene of “The Last of the Starks,” the fourth episode of Game of Thrones‘ eighth season, saw Daenerys and her entourage gather outside the walls of King’s Landing to attempt to parlay with Cersei and save Missandei. Things obviously didn’t go according to plan as the episode ended with the Mountain beheading Missandei on Cersei’s orders. But in the process of trying to reason with his sister, Tyrion may have unintentionally turned the tide in Daenerys’ favor.

Earlier in the episode we saw Cersei tell Euron that she was pregnant and that he, not Jaime, was the father. Since Cersei and Euron didn’t sleep together until after Jaime left King’s Landing, there’s no reason anyone up north would know about the pregnancy. However, Tyrion’s method of appealing to Cersei centered on how she could still save her unborn child while Euron was standing right behind her.

As Reddit user grantvoyager pointed out, “When Tyrion approaches the gates of King’s Landing to appeal to Cersei’s love for her children, he tells her to surrender for her child. Euron was standing right behind Cersei, and he just found out about ‘his’ child moments before this scene. From Euron’s point of view, Tyrion should have no knowledge that Cersei is pregnant — Tyrion was up in the North when he slept with Cersei for the first time.”

If Euron has his wits about him at all, it’s likely that he’ll figure out that Tyrion’s comments can only mean that he isn’t actually the baby’s father. And if that happens, it seems likely that he’ll turn against Cersei and majorly decrease her chances at coming out on top against Daenerys. 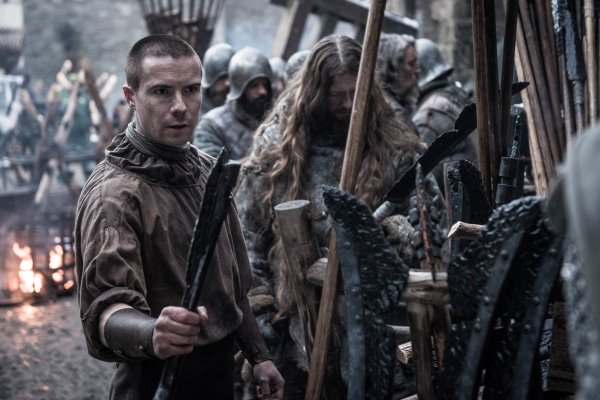 Daenerys' Alliance With Gendry on Game of Thrones May Be More Important Than You Think
Next Up: Editor's Pick