President Trump Attacks Mueller Testifying to Congress, in a Reversal of Previous Comments

President Donald Trump hosts a National Day of Prayer service in the Rose Garden at the White House May 02, 2019 in Washington, DC.
Chip Somodevilla—Getty Images
By Alejandro de la Garza

President Donald Trump tweeted a fiery rejection of special council Robert Mueller testifying before Congress on Sunday, backtracking previous statements on the matter and going against the position of some House Republicans.

“Bob Mueller should not testify,” the President tweeted Sunday afternoon, following a tirade against congressional Democrats. “No redos for the Dems!”

The tweeted statement contradicted Trump’s previous statements that he would leave the decision of whether Mueller should testify to Attorney General William Barr, according to the Associated Press. And Barr stated at his Senate testimony last week that he has “no objections” to Mueller testifying to Congress.

“Are they looking for a redo because they hated seeing the strong NO COLLUSION conclusion?” Trump tweeted on Sunday.

Trump’s weekend statements come days after House Judiciary Committee Chairman Rep. Jerrold Nadler (D-NY) said that the committee debated a possible date for Mueller’s testimony. According to the AP, Nadler said he hoped Mueller would appear before Congress on May 15.

Trump’s Sunday tweets also place him in opposition to some House Republicans who have expressed their support in bringing Mueller to testify.

“I write encouraging you to invite special council Robert S. Mueller III to testify before our committee without delay,” wrote ranking member of the House Judiciary Committee Rep. Doug Collins (R-GA) in April. “If you seek both transparency and for the American public to learn the full contours of the special council’s investigation, public testimony from special council Mueller himself is undoubtedly the best way to accomplish this goal.”

House Democrats are attempting to get more information from Mueller on his recently completed Russia investigation. A redacted version of Mueller’s report was released in April.

Last week, House Judiciary Democrats released a letter Mueller sent to Barr on March 27, after Barr had released a four-page summary of the report. In the letter, the Special Council noted that the Attorney General’s summary “did not fully capture the context, nature and substance” of the full 448-page report. 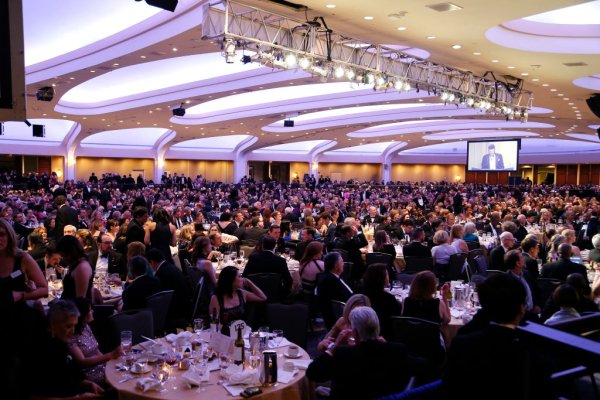 Historian Ron Chernow Used Past Presidents to Call for Civility at the White House Correspondents' Dinner
Next Up: Editor's Pick