49 Years After the Kent State Shootings, New Photos Are Revealed

Teenager Mary Ann Vecchio (kneeling, with white neckerchief) and others surround the body of Kent State University student Jeffrey Miller (1950 - 1970) who had been shot during an anti-war demonstration on the university campus, Kent, Ohio, May 4, 1970. The protests, initially over the US invasion of Cambodia, resulted in the deaths of four students, including Miller, and the injuries of nine others after the National Guard opened fire on students. Vecchio (who was not a KSU student) was also photographed in the Pulitzer prize-winning photograph (also by John Filo) that came to define the event.
John Filo—Getty Images
By Tara Law

Photography has shaped the American memory of the May 4, 1970, Kent State shootings.

The image of a young woman screaming in horror as she crouches beside the body of a student has become the defining moment of the day when National Guardsmen shot and killed four students at Kent State University in Ohio.

This year, on the 49th anniversary of the shooting, history’s lens has gotten a little wider. Getty Images has released previously unpublished pictures revealing the weekend leading up to the tragedy, the moments when the guards opened fire and the grief afterwards.

An unidentified demonstrator runs through a cloud of teargas on the Kent State University Commons during a student antiwar protest, Kent, Ohio, May 4, 1970. The protests, initially over the US invasion of Cambodia, resulted in the deaths of four students (and the injuries of nine others) after the National Guard opened fire on students.
Howard Ruffner—Getty Images

The new photos were taken by John Filo and Howard Ruffner, two students at the university. Filo captured the day’s most iconic image: 14-year-old Mary Ann Vecchio beside the body of 20-year-old Jeffrey Miller.

View, from behind, as Ohio National Guardsmen in gas masks and with rifles as they prepare to advance up Blanket Hill, through clouds of teargas, to drive back Kent State University students during an antiwar demonstration on the university's campus, Kent, Ohio, May 4, 1970. Visible at left is Taylor Hill. The protests, initially over the US invasion of Cambodia, resulted in the deaths of four students (and the injuries of nine others) after the National Guard opened fire on students.
Howard Ruffner—Getty Images

Ruffner, a second-year-student who had learned about photography while serving in the U.S. Air Force, was working on the university’s yearbook. Recruited as a freelance photographer by LIFE magazine, he snapped photos after students set fire to the campus’ ROTC building and National Guardsmen began to take over the school grounds. The campus was mostly empty, because Kent State was known to be a “suitcase school” – where students leave on the weekend, Ruffner told TIME.

Paramedics and students run as they push the body of Kent State University student Jeffrey Miller (1950 - 1970) on a gurney after he'd been shot when the Ohio National Guard opened fire on antiwar protesters, Kent, Ohio, May 4, 1970.
Howard Ruffner—Getty Images

Students were arriving back on campus on May 4 – a Monday – and about 500 people gathered for a rally to protest the presence of the National Guard and the Vietnam War at around 12 p.m.

Ruffner said he was standing about 80 feet from the soldiers when they opened fire on the protesters.

On Blanket Hill, Kent State University students, several with hands over their mouths, stare in the aftermath of the Ohio National Guard having opened fire on their antiwar demonstration, Kent, Ohio, May 4, 1970.
Howard Ruffner—Getty Images

“I heard people shouting, ‘Oh my God, they’re shooting with real bullets,'” Ruffner said. “And I looked around with my camera by myself, and I saw people on the ground in front of me, a person on the ground beside me. I was probably in a [state] of awe, or disbelief. But it didn’t stop me, or change who I was… I had to continue doing what I was doing.”

Bob Ahern, the director of Getty Image’s archive, told TIME that Ruffner and Filo’s perspective as students makes the images even more powerful.

Students kneel on the grass beside wounded classmate John Cleary after the latter had been shot when the Ohio National Guard opened fire on antiwar protesters, Kent, Ohio, May 4, 1970.
Howard Ruffner—Getty Images

“It’s incredible coverage because it is [a] kind of eyewitness,” he said. “It was people there with cameras… They weren’t seasoned photojournalists, they were very much in the moment. [The pictures are] incredibly immediate like any good news photo can be. They still have a freshness and a rawness about them, which is kind of chilling.”

Prior to the shooting’s anniversary, Getty asked Ruffner and Filo to look through their archives and check whether they had any unreleased photos. As they were freelance photographers at the time, their full collection of photos likely wouldn’t have gone into a magazine archive, Ahern says to explain why the photos are surfacing now.

Closeup of a bullet hole left in a metal sculpture after the Ohio National Guard opened fire on antiwar protesters at Kent State University, Kent, Ohio, May 4, 1970. In the background, an unidentified person photographs the hole from the opposite side. The sculpture, 'Solar Totem #1' by Don Drumm, is located outside Taylor Hall.
John Filo—Getty Images

Ahern said the power of the Kent State photographs echoes through time.

“[The pictures remind] us of what’s involved in protest, and how high that price can be,” he said. 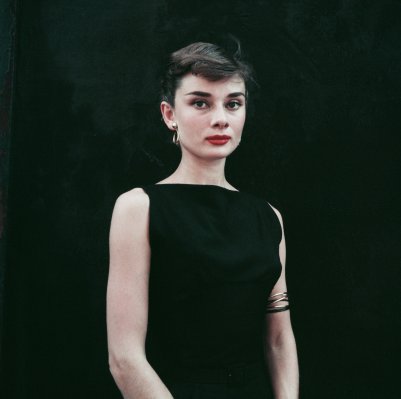 ‘Those Are Things You Don’t Forget.’ How a Young Audrey Hepburn Helped the Dutch Resistance During World War II
Next Up: Editor's Pick