A man survived falling 70 feet into the Kilauea volcano caldera after climbing over a guard rail at Hawaii Volcanoes National Park on Wednesday.

Acting park spokesperson Ben Hayes said in a statement that authorities were alerted after a visitors saw the man fall off a 300-foot cliff into the volcano around 6:30 p.m. First responders found him alive but seriously injured around 9 p.m., on a narrow ledge about 70 feet down.

Hayes said the man fell after climbing over a metal rail at the Steaming Bluff overlook to try to get closer to the cliff edge of Kilauea. The volcano erupted for months last year, destroying homes, forcing thousands of evacuations, and spewing lava, gas and ash into the air. It is not currently erupting, according to the park’s activity report.

The man, a soldier posted at the Army’s Schofield Barracks, was in the area for a training mission. He was taken by helicopter to the Hilo Medical Center to be treated for his injuries. Hawaii News Now reports that as of Thursday, he was in stable condition. 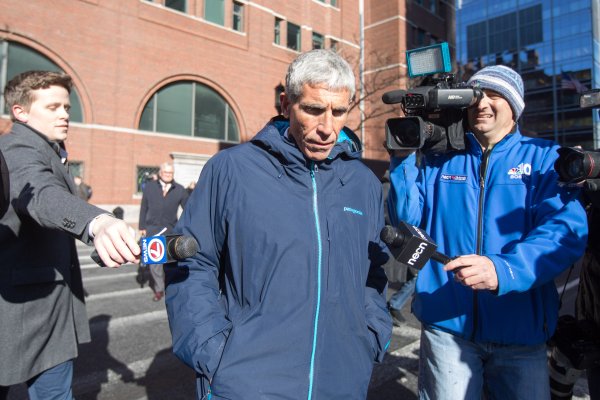 Chinese Mother Who Paid $6.5 Million to Get Daughter into Stanford Says She Thought Money Was a Donation
Next Up: Editor's Pick