Chinese Mother Who Paid $6.5 Million to Get Daughter into Stanford Says She Thought Money Was a Donation

A Chinese mother says she was misled into thinking she was donating to Stanford University, after paying $6.5 million to an adviser at the center of the U.S. college admissions scandal.

The mother of Yusi Zhao, identified only as Mrs. Zhao, said she donated the money to William Singer’s foundation on April 21, 2017, at his request almost a month after her daughter received an offer from the university, according to a statement provided on Friday by her lawyer Vincent Law, a Hong Kong-based partner at Mayer Brown.

The university entrance scandal, in which wealthy parents got their children into elite schools by cheating, has spread far and wide since U.S. prosecutors exposed the brazen national scheme by bringing charges against parents and ringleader Singer, who pleaded guilty to racketeering, money laundering, fraud and obstruction of justice. The scandal has embroiled high schools, test administrators, guidance counselors and students — and now a wealthy mother in China.

Yusi Zhao is also a victim, her mother said in the statement. The purpose of the donation was “for the salaries of academic staff, scholarships, athletics programs and helping those students who otherwise will not be able to afford to attend Stanford,” she said in the statement. The contribution is in the same nature as those that many affluent parents have been doing openly to prestigious universities, Mrs. Zhao said, adding that she isn’t familiar with the admission process for colleges in the U.S.

“Mrs. Zhao has come to realize she has been misled, her generosity has been taken advantage of, and her daughter has fallen victim to the scam,” the lawyer said in the statement.

Mrs. Zhao was introduced to Singer through a third party, according to the statement, after which she learned of his charity foundation, which “was represented to her as a substantial and legitimate non-profit foundation for supporting education.”

Singer presented Yusi Zhao as a competitive sailor, the New York Times reported. Stanford rescinded her admission and she is no longer a student there, the newspaper said. In a video that was shared across Chinese social media, she offers advice about getting into prestigious U.S. universities, saying that she “tested into Stanford through my own hard work,” according to the Times.

Zhao Tao, chairman of Shandong Buchang Pharmaceuticals Co., said in a statement on the company’s website on Friday that the issue regarding his daughter’s studies in the U.S. is a family matter and will not affect normal business operations.

Shandong Buchang Pharmaceuticals, which is headquartered in Heze in the eastern province of Shandong, listed on Shanghai’s stock exchange in November 2016 and now has a market capitalization of 28.3 billion yuan ($4.2 billion). 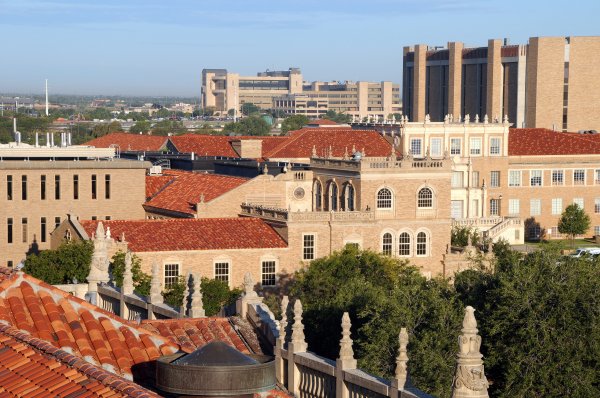 Texas Tech Medical School Will Stop Considering Race in Admissions Due to Trump Administration Pressure
Next Up: Editor's Pick