A Beluga Whale Is Allegedly a Russian Spy. There's a Long History of Marine Mammals in the Military

The discovery of a beluga whale in Norwegian waters that may or may not be working for the Russian navy has captured worldwide attention.

Norwegian fisherman spotted the marine mammal on Monday wearing a GoPro camera harness with a label on the inside, written in English, “Equipment of St. Petersburg.”

The find alarmed Norwegian officials and led to speculation that the mammal may have been trained to spy for Russia. There is “great reason to believe” the whale was being used by the Russian navy, Martin Niuw from the Norwegian Institute of Marine Research, told the Norwegian broadcaster NRT. There is not yet conclusive evidence about where the whale is from, but that explanation for the whale’s origin is “entirely plausible,” says Gervase Phillips, a history lecturer who studies the military use of animals at Manchester Metropolitan University.

The Russian defense ministry has denied having a program that uses marine mammals, the Guardian reported.

That hasn’t stopped locals from joking that the whale has since “defected” to Norway; it is refusing to stray more than a few miles from the northern harbor where it was discovered.

If the whale is indeed a Russian spy, as speculated in headlines around the world, it would not be the first marine mammal drafted into military service. Here’s a history of whales, dolphins and other creatures that have been trained and deployed by militaries in Russia and around the world.

The Russian navy’s history of using dolphins, whales and seals

In the 1960s, at the height of the Cold War, the Soviet authorities reportedly trained beluga wales, dolphins, sea lions and fur seals to search for underwater mines and other objects.

Lev Mukhametov, a leading researcher on ecology and evolution at the Russian Academy of Sciences told Gazeta, a popular online Russian new site, that he saw how bottlenose dolphins were used during Soviet times to “guard” the entrance to the bay of Sevastopol, the city in Crimea that was home to the Soviet Black Sea fleet. If a diver passed underwater “through a protected area” then dolphins would “signal” to a coastal station using echolocation––high frequency clicking sounds, Mukhametov said.

Following the collapse of the Soviet Union, marine mammal training was discontinued and, according to a 2000 BBC report, the guard dolphins were sold to Iran. But in 2012 the program resumed in Ukraine, according to a report from Russia’s state-backed news outlet RIA Novosti. In 2014, after the Russian annexation of Crimea, the dolphins came under the control of the Russian Ministry of Defense. The Russian military then launched a new program to train combat dolphins and seals for the Russian navy. As of 2016, Russia began searching for new recruits, offering $24,000 for five bottlenose dolphins, according to the Washington Post.

In 2017, Russia’s Zvezda TV channel, which is run by the Russian Ministry of Defense, reported that Russia’s “underwater special forces” were taking on “new fighters”––ringed seals, sea hares, harp seals, five bottlenose dolphins––and beluga whales. They will guard the entrances to naval bases, search for underwater mines, help divers and, “if necessary,” kill any “aliens that invade their territory,” according to Zvezda.

How the U.S. and allies used animals in the military

Armed forced around the world have a long history of using animals to perform military services, as well. The U.S. Navy has trained dolphins and sea lions since the Vietnam War in its marine mammal program. Phillips, the historian who studies animals in the military, says the program has “long been shrouded in secrecy” and many details were not known until 1992, when information was leaked.

America’s current Navy animal service, made up of bottle-nosed dolphins and California sea lions at a naval base in San Diego, Calif., patrols restricted waters and searches for objects. The program has drawn criticism from animal rights advocates for years, who consider it animal abuse.

Trainer Jen Patten calms a Navy Dolphin before it is transported to a boat before a training exercise at Naval Base Pt. Loma on April 12, 2007 in San Diego, California.
Sandy Huffaker—Getty Images

In Britain, the navy employed sea lions during World War II to detect underwater mines, but Phillips says the operation was unsuccessful as the creatures were “too slow, and easily distracted.”

During World War I the British army also tried to train seagulls to defecate on the periscopes of German U-boat, blinding submarine crews.

But pigeons, who were trained carry coded messages from the front-lines, proved more useful. With a maximum speed of 60 miles per hour, they could quickly fly up and out of range of sniper fire. By 1918 the British Army had 20,000 birds available for duty.

A crowd of onlookers watches Major Richardson with his bloodhounds in London on April 18,1914. They assisted the British Red Cross in locating wounded soldiers on the battlefields of World War I.
Hulton Archive—Getty Images

This is in addition to the longtime use of dogs in militaries worldwide. The military canine’s role expanded in the 20th century, starting with World War II, to detect mines and explosives. “We simply don’t have anything as useful as their noses. Modern warfare is still reliant on using intelligent, sensitive creatures,” says Phillips. 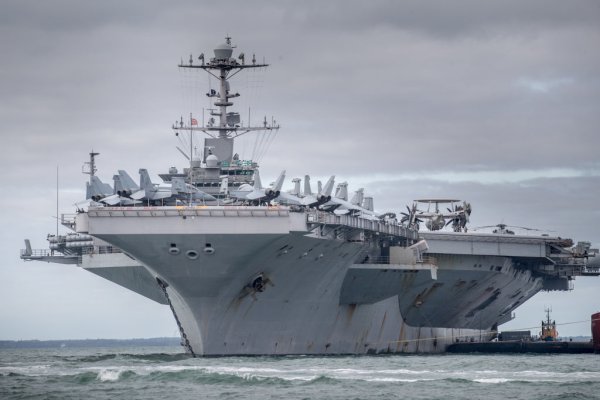